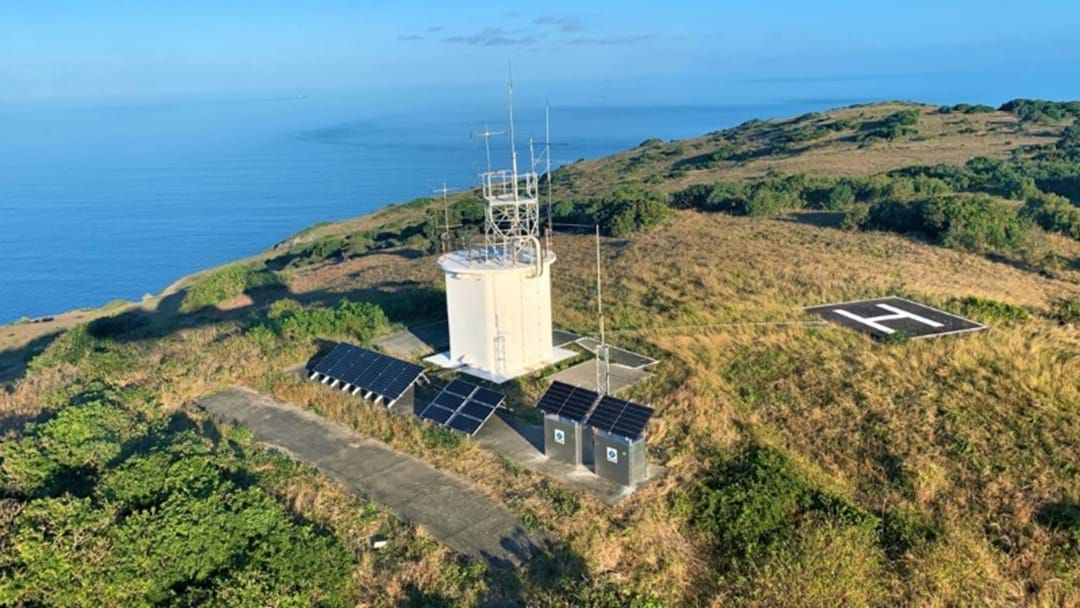 Volunteer Marine Rescue (VMR) Mackay has installed a VHF radio repeater on Penrith Island, located 45 miles East of Mackay, that will increase the range of VHF communications in an approximate 35-mile radius further East towards the Great Barrier Reef. The height of Penrith Island allows boaters offshore, as far as 80 miles in some places, radio coverage at areas including Credlin, Stevens and Chauvel reefs.

VMR Mackay volunteer Les Todd has coordinated this project since 2014, after boaties started going beyond previous radio coverage areas. Mr. Todd was integral in securing approvals from government agencies, including the Great Barrier Reef Marine Park Authority (GBRMPA) (Penrith Island is a known turtle nesting site), Australian Maritime Safety Authority (AMSA), Maritime Safety Qld (MSQ), and the Qld Police Service (QPS) Radio and Electronics Section led by Sgt Steve Falzon who designed, constructed and installed the equipment. “This project has been funded by VMR Mackay, with support from a Govt grant and generous donations from local businesses. The design provides improved communications for police, and other agencies, during maritime emergencies in our region”, said Mr Todd, who also wanted to thank Mick Botto and Mark Gralow, for donating their barge for the transport of equipment to Penrith Island.

The installation process complex, with building and testing the system onshore, then disassembling prior to transporting via barge to Penrith Island. The components were then lifted by helicopter to the install location, where a team of technicians reassembled and tested the system with the VMR radio room.

“This project is an investment by VMR Mackay for the safety of all boaters in our region”, said VMR spokesman Daryl Howland. “Yes, it was expensive, especially for a not-for-profit like VMR, but with an increasing number of boats now going beyond Penrith Island, and seasonal cruising yachties who find good winds further offshore, we know this expanded capability will save lives. I won’t be long before our radio room takes a call on channel 22 from someone at the reef who is broken down, or worse, and needs help.”

The Penrith Island coverage area will operate on VHF Channel 22 and is now part of a three-channel network. VMR Mackay provides listening watch on Channel 21 for areas from the coast to Prudhoe Island and North up beyond Brampton Island, Channel 80 for areas South of Prudhoe Island beyond Curlew Island, and now Channel 22 around Penrith Island and East for 35 miles to the reef areas. These channels are in addition to emergency channels 16 and 67, which are also monitored by VMR Mackay from 8am to 6pm every day, and VTS Hay Point during the night.

“VMR Mackay has spent in excess of $100,000 on this project and we’re grateful for a grant and local donors who helped offset some of the cost, but this is money well spent on safer boating for decades to come. What we’d like to see is more boaters joining VMR as members, especially those now able to utilise the extended radio coverage”, Mr Howland added. “The $85 annual membership not only provides direct benefits for the member, it also allows VMR Mackay to fund projects like this. It’s our members who directly fund us to provide high quality vessels and equipment for emergency and breakdown assistance, and provide the VHF radio network that our radio operators listen to from 8am until 6pm, 365 days per year. The local boatie who joins for $85 per year, is investing in improving safety for all boaties in our region.”

VMR Mackay is operated 100% by volunteers, who give countless hours to train and provide emergency and breakdown service to the boating community in our region. They encourage all boat owners to become members, knowing the $85 per year provides and maintains the equipment needed to save lives at sea, and helps VMR invest in boating safety projects for the future.