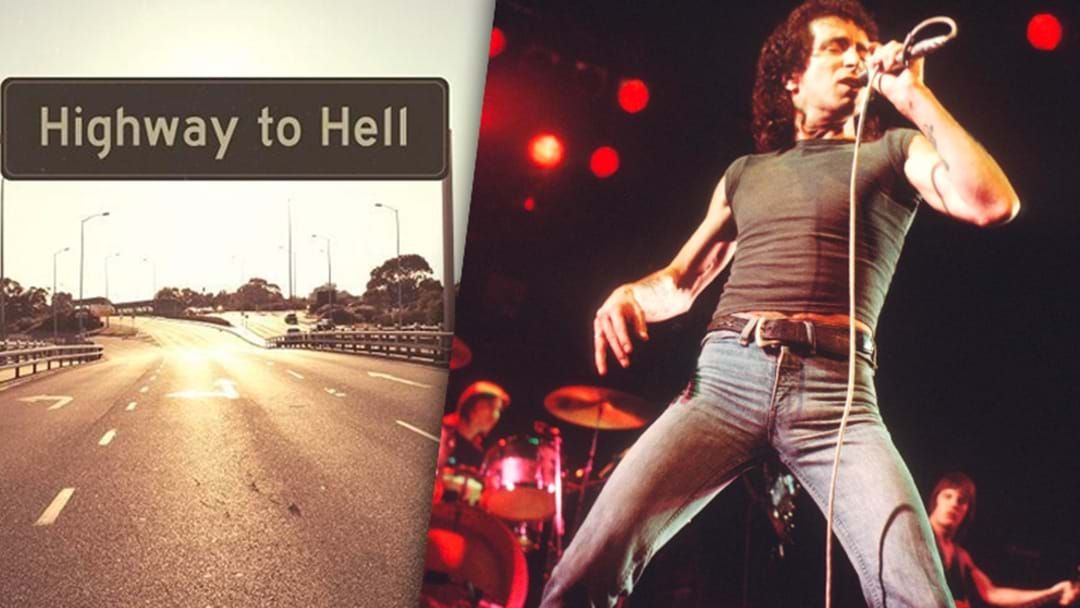 The late, great Bon Scott would have been 74 years young this year (9th July), and we know that somewhere, somehow, rock has been let to celebrate the legend's big day!

It doesn't get more "Let There Be Rock" than the current push to have a major artery in Perth's south renamed from Canning Highway to the Bon Scott Highway.

Earlier this year, WA Premier Mark McGowan championed the cause with mix94.5's Clairsy, Matt and Kymba.

Local legend has it that the Canning Highway was actually the stretch of road that inspired one of Bon's and Acca Dacca's finest, Highway To Hell. The story being that Bon used to traverse it from his home in Freo to his place of work (for a time), the famous Raffles Hotel in Applecross.

For anyone who knows the road, to describe it as "hellish" during peak hour is probably being kind, so let's just pretend the stories are true.

There's a petition still current to have the road re-named. Let's do this rock fans, sign the petition here.

Rock on Bon! And happy birthday, wherever you are!