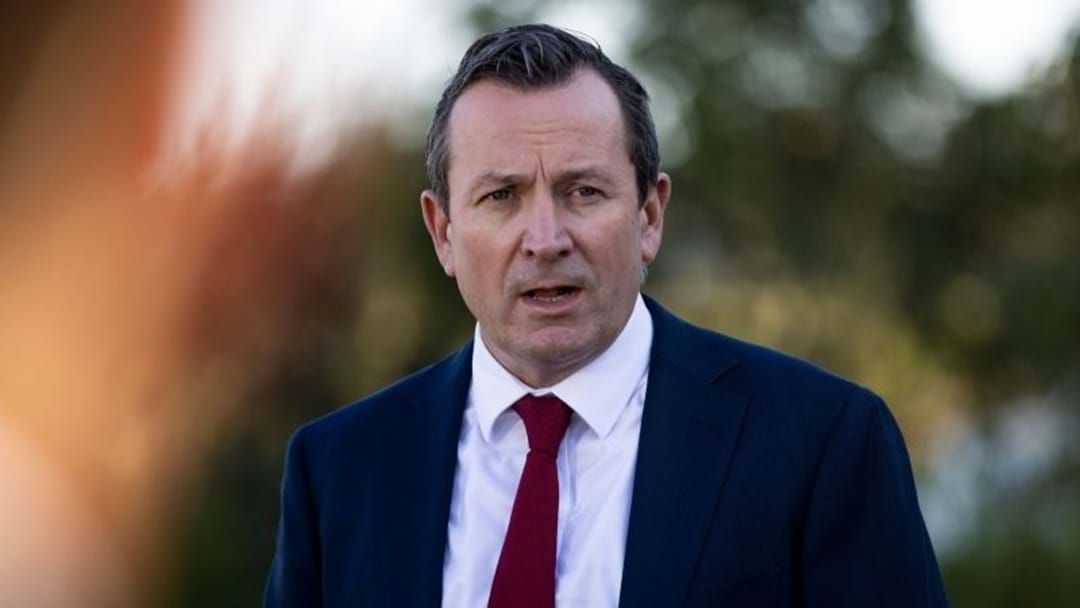 Not every state and territory are adopting the new Covid close contact definition agreed upon by the National Cabinet on Thursday.

Given the much lower caseload in Western Australia, the nation’s largest state will instead continue with its existing close contact and isolation rules, at least for the time being.

“It was widely acknowledged at the meeting that WA is in a very different position compared to other states and territories,” Premier Mark McGowan said.

“While WA has agreed, in principle, with the changes to testing and close contacts, these new settings will only be implemented in WA at a later stage."

“To be clear, the settings agreed at national cabinet today are for jurisdictions with a high case load environment with thousands of daily cases. WA is not in that position," he said.

“That is accepted and understood at national cabinet and therefore WA will continue with our existing testing, isolation and close contact settings for the time being.”

However, if the situation changes, WA will move to the national settings.

“WA is in the best possible position because we can monitor the situation in other states, learn from it, and ensure WA is best placed to transition and ease border controls at the right time,” Mr McGowan said.

“It’s a concerning time right now around the country. Everyone is ready for this pandemic to be over. But it’s showing no signs of slowing down."

“I can understand why some would be tired ... but there is light at the end of the tunnel," he said.

“If we can eliminate this outbreak, we can get back to the way of life we have enjoyed without any public health restrictions for the rest of the school holidays, hopefully.”

The move has been backed by the prime minister, who revealed the changes to the definition of a close contact for five States.

“As I said, in Western Australia, it is a very different situation. Their arrangements, at present, can deal with the volumes with their testing and tracing because they have so few cases there,” Mr Morrison said.

Furthermore, the premier announced that from 6pm on Friday, the state will re-classify Queensland and South Australia to “extreme risk”, bringing them into line with NSW and Victoria.

The extreme risk classification means travel exemptions will only be approved for commonwealth and state officials, members of parliament, diplomats, and people with specialist roles.

In the meantime, more exposure sites have been added following an unvaccinated backpacker who reported positive on Wednesday night, was infectious while in the community.

The 27-year-old man, who is a close contact of an existing case, is now in hotel quarantine.