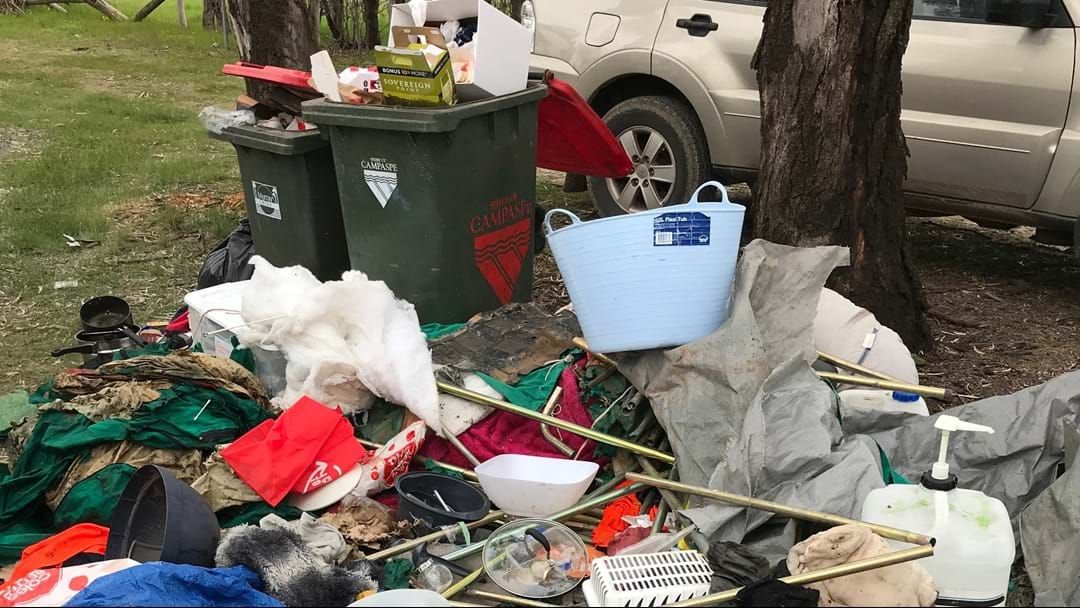 Illegally dumped rubbish at the Echuca East boat ramp site continues to be a big issue, with Campaspe Shire Council enforcing strict penalties for those doing the wrong thing.

General Manager Community, Keith Oberin said fines in excess $3,300 can be issued to those who use the site to dispose of their household waste, with the potential for even greater fines given to those dumping commercial waste.

“On the east side of the boat ramp, there are two 140 litre general waste bins for general litter only,” Mr Oberin said.

These bins should only be used for anything you generate while you are out and about such as drink bottles, food containers and coffee cups.

“The community are reminded that leaving litter in or around overflowing bins is also considered a littering offence,” Mr Oberin said.

“It is disappointing that a small percentage of the community are using the site as a dumping ground for waste that should be taken to one of Council’s Resource Recovery Centres.”

“Council has collected large volumes of illegally dumped waste including televisions, fridges, barbeques and most of the waste from a whole kitchen renovation.”

“When Council is left to remove the rubbish placed at the site, ultimately ratepayers cover the costs.”

During peak tourist visitation times the site will continue to have a large skip bin, expanding the service to include campers’ waste. This consists only of the waste generated when out camping.

Items such as clothing, scrap metal, soft plastics and polystyrene are free to take to Echuca’s Resource Recovery Centre as they can be recycled.

“Taking your waste to a Resource Recovery Centre is the best option for our environment and keeps waste out of our precious river system,” Mr Oberin said.

“Signs have now been installed at the site advising the community what the bins can and cannot be used for.”

With the area now being closely watched by Council, those that continue to illegally dump waste at the site will be caught and penalised.

Council thanks the Environment Protection Authority Victoria (EPA) and Victoria Police for their support and partnership.