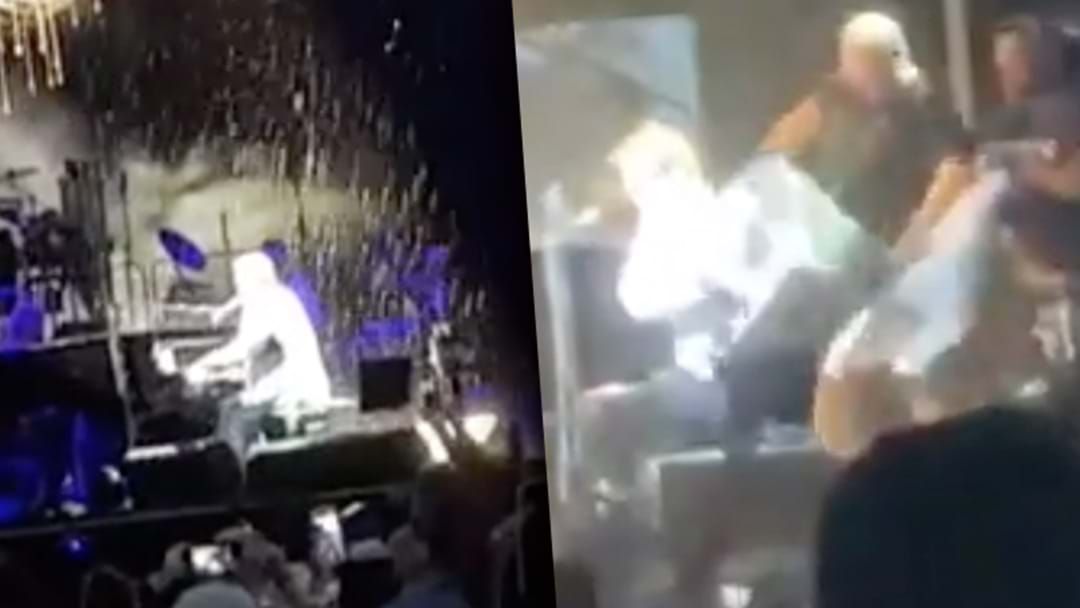 Elton John was dramatically rush off stage and forced to cancel his show midway through in Victoria's Yarra Valley last night due to a flash storm.

Despite a scorching hot day, a sudden but expected storm ripped through the A Day At The Green festival, headlined by Elton John.

In one video posted to social media, you can see crew members attempting to cover the music legend with a tarp as a mixture of rain and wild wind cause havoc.

The show was cancelled shortly after due to damage caused by the storm with organisers of the event posting to Facebook confirming the news.