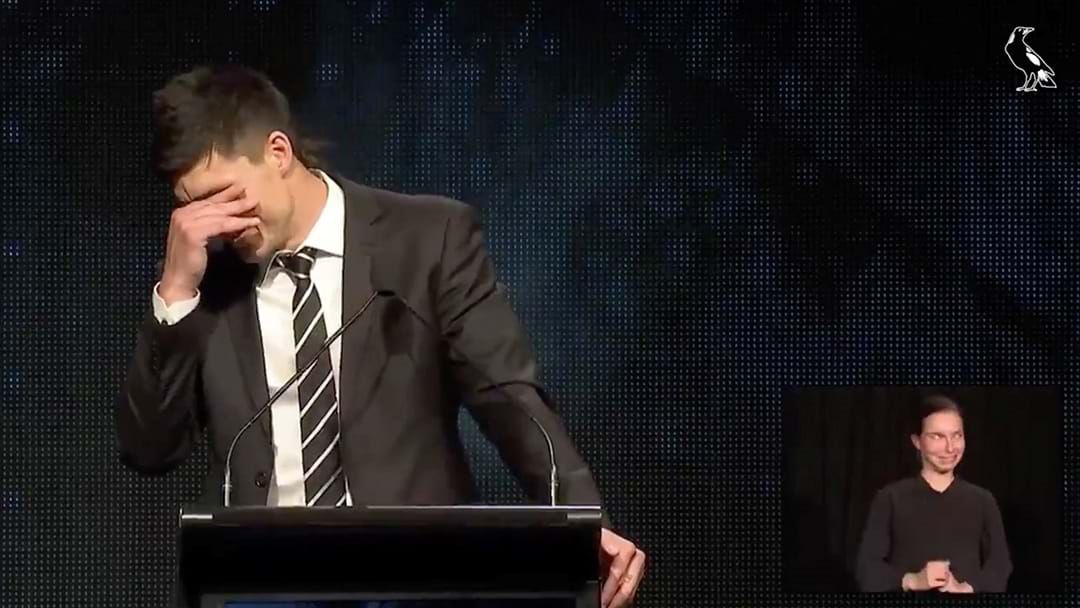 Collingwood defender Brayden Maynard gave the speech of the award season on Friday night when he was awarded the Jack Regan Trophy for a fifth place finish at Collingwood’s best and fairest, the Copeland Trophy.

WATCH IT HERE FROM THE 1:25 MINUTE MARK:

It’s a masterclass in awkward public speaking — the thanks to his missus off the top, constantly reiterating that he’s no good at public speaking, and the laughter from the crowd.

The best part, though, is his drive-by to departing assistant Justin Longmuir: “I dunno if you’re here or if you’re in WA already… ya dog!”

The speech will take a lot of beating as the best of 2019.