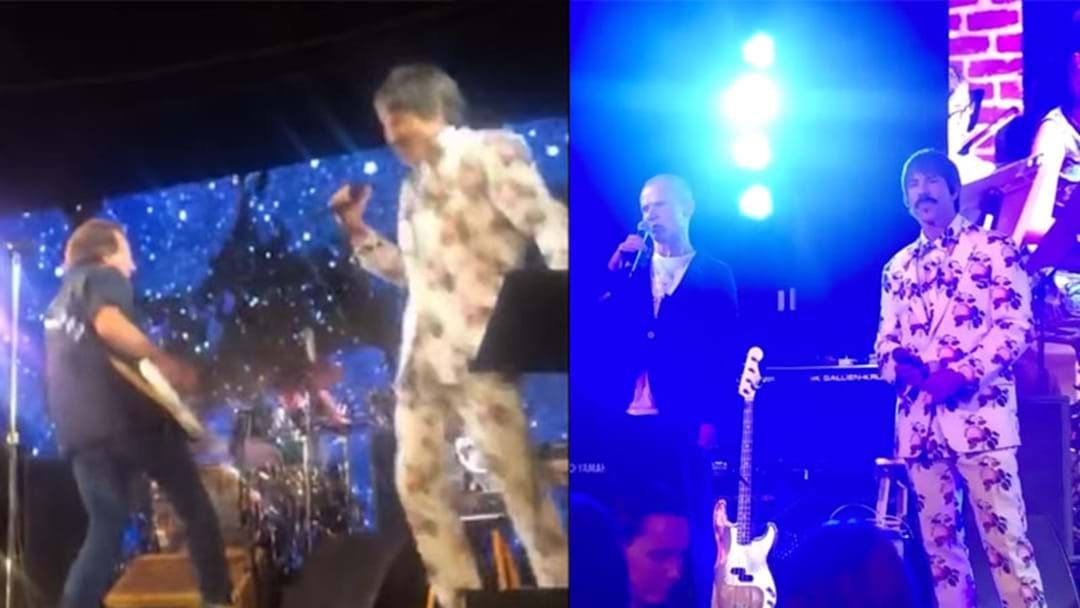 Eddie Vedder has joined the Red Hot Chili Peppers in an epic cover of a Prince classic at the Silverlake Conservatory of Music's annual fundraiser over the weekend.

The Pearl Jam singer had performed an almost hour-long set at the concert, but joined the Chilis on-stage for an encore of two covers: Purple Rain, and Jimi Hendrix's interpretation of All Along the Watchtower.

Hosted by comedian Marc Maron, the event also saw an incredible show-opener by the Silverlake Conservatory All-Stars - some of the schools top students - and a mini-gig by the Chilis themselves.

Flea, who co-founded the school in 2001, also spoke, encouraging the 400-strong in attendance to follow their dreams.

"Every time I walk in this place, my heart swells with joy," he said. "If you ever had a good idea, a music school or something else that can uplift people, do it.

You can see Flea join his bandmates and Vedder for their encore around the 45' minute mark below.

The fundraiser also saw, as Rolling Stone points out, the first live performance of Purple Stain since 2015; you can watch that below, too.