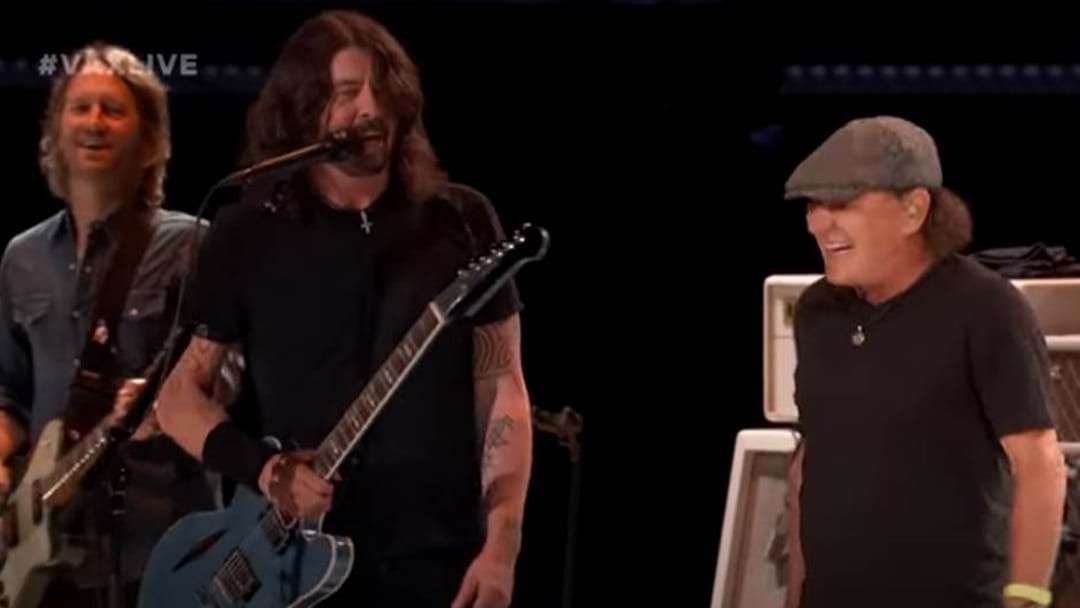 Foo Fighters have played their first live gig, with a crowd, in over a year and a half and called on their mate Brian Johnson to join in on the celebrations.

The AC/DC frontman joined the Fooies at the Global Citizen Vax Live concert in Los Angeles this week, giving a huge performance of the 1980 classic, Back In Black.

Introducing the rock legend to the stage, Dave Grohl surprised the crowd saying: "Let me introduce you to one of our good friends who's going to do a song for you, from AC/DC it's Brian Johnson".

The band smashed out the Acca Dacca classic, with the biggest smiles on their faces for the live crowd, made up of mostly first responder workers.