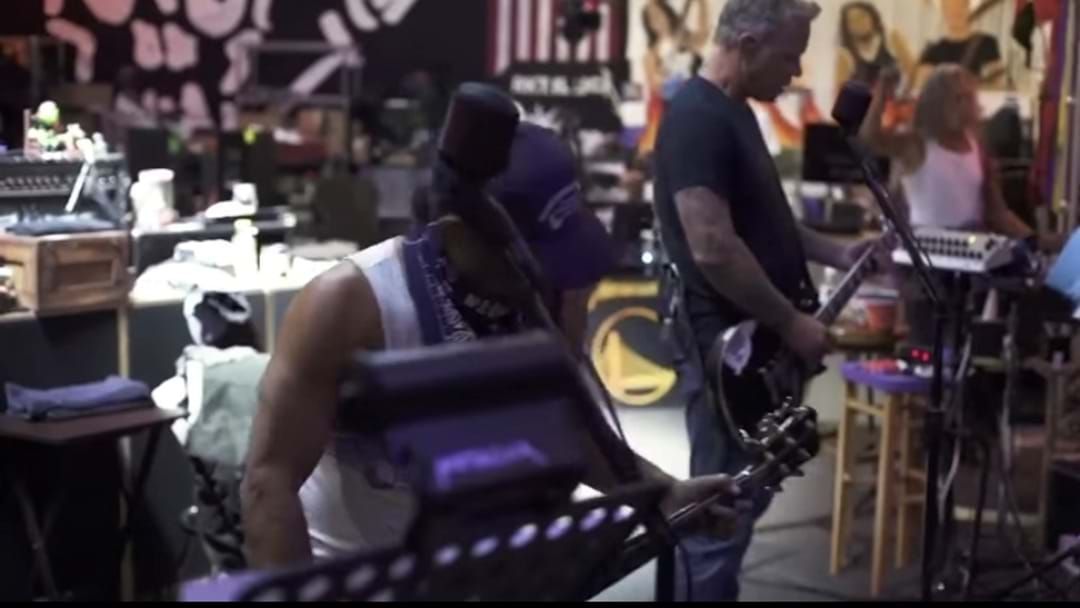 Metallica have shared a clip of the band jamming at Metallica HQ on instagram today.

This performance is the first time the band have jammed since 2019, when they cancelled their Australian tour dates following frontman James Hetfield entering rehab (read more here).

The band reunited at their own rehearsal space, known as Metallica HQ, to rehearse for an upcoming appearance on the Howard Stern show.

Although the clips shows the band jamming their metal classic Battery, fans are suspecting the band are working on new material following reports from band members, drummer Lars Ulrich and bassist Robert Trujillo have previously mentioned the band have been working on stuff in isolation.