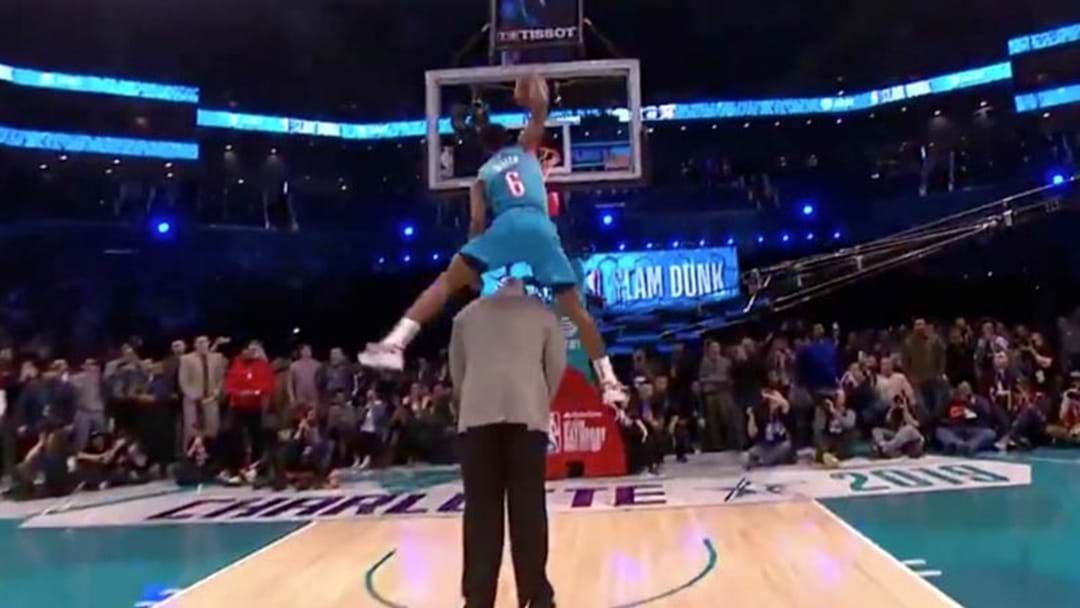 Oklahoma City Thunder's Hamidou Diallo has produced one of the most incredible slam dunks you will ever see.

Needing a big score to advance through to the final of the contest, Diallo pulled out all the stops for his last attempt.

Diallo called on Shaquille O'Neal for some help and produced this magic.

Not only did Diallo leap above Shaq but he produced a Vince Carter like finish, from the NBA legend's winning performance in the 2000 edition of the tournament.

Diallo would earn a perfect score of 50 from the five judges.

The 20-year-old would go to win the Championship round and be crowned the 2019 NBA Slam Dunk champion.