He would have gotten away with it too 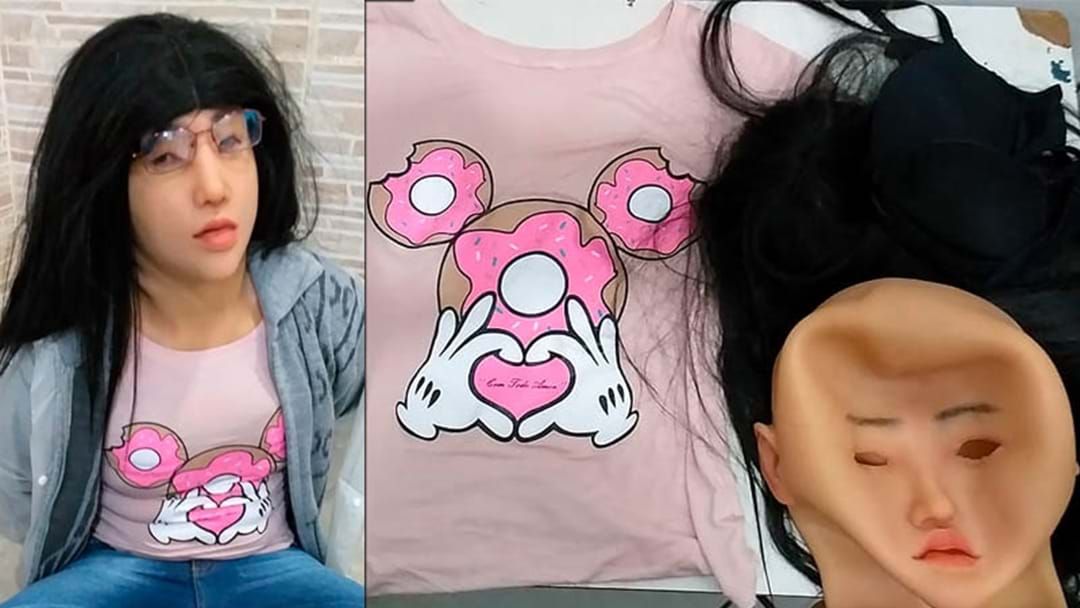 In scenes that could only have come from the brains of Scooby Doo creators, a Brazilian gang leader is the star of a new video that has engrossed and grossed us out in equal measure.

Clauvino da Silva was caught in the act of dressing as his 19-year-old daughter - silicone mask and all - in an attempt to break out of a prison in Rio de Janeiro.

And he may have gotten away with it too, if it wasn't for those pesky guards.

Bangu prison officers noticed that the apparently female visitor appeared nervous, reports Associated Press, as she attempted to walk out the front door of the jail.

"When he started talking and pretending to speak like a woman, the guard realised that it was an attempted jailbreak and identified him," deputy head of prison operations Moyses Henriques said.

"Really, this was an act of despair, as [Silva] is facing a sentence of 73 years and he recently for another 25 years more."

After da Silva's plan was foiled, guards filmed him taking off his "teenager" clothes and peeling off his mask in one of the weirdest viral videos we've seen this year.

While it's assumed that da Silva was planning on switching places with his daughter, authorities aren't yet sure whether she was in on the plan or not.

Father of the year, da Silva is not.

Saturday's de-masking is actually the second time he's attempted to make a run for it; back in 2013, he escaped the Vicente Piragibe Penal Institute through the sewer system with 30 other prisoners, though he was eventually caught.