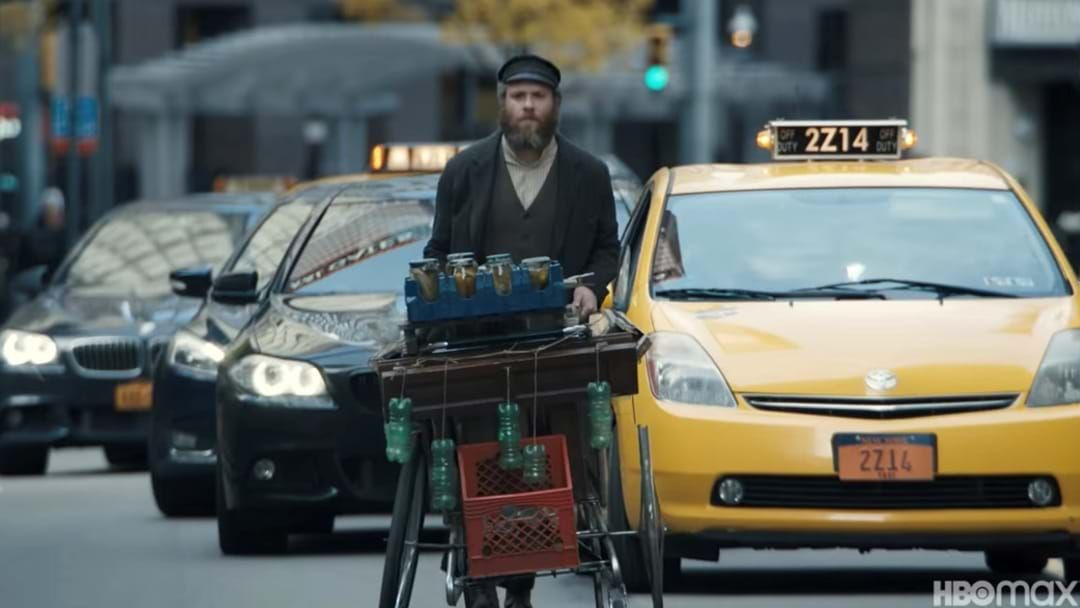 Seth Rogen is pulling double-duty in his upcoming comedy An American Pickle, playing both a Polish immigrant and his great-grandson.

The first original feature film from HBO Max centres around Herschel Greenbaum, a ditch digger who moves to the US in 1920 in search of the great American dream.

While working in a pickle factory, Herschel falls into a vat of pickle brine and... well, pickles himself.

100 years later, Herschel wakes up perfectly preserved, only to find the world has moved on and all of his immediate family and friends have died.

He does manage to track down his great-grandson Ben, though, who is also played by Rogen.

There are, as you'd imagine, the usual hi-jinks that come with such a massive generational divide; Herschel has no idea who David Bowie is, repeatedly asking if he's Ben's father, and is as wigged out by taxis and technology as you'd expect.

An American Pickle will be released on HBO Max on August 6, but you can watch the trailer below now.