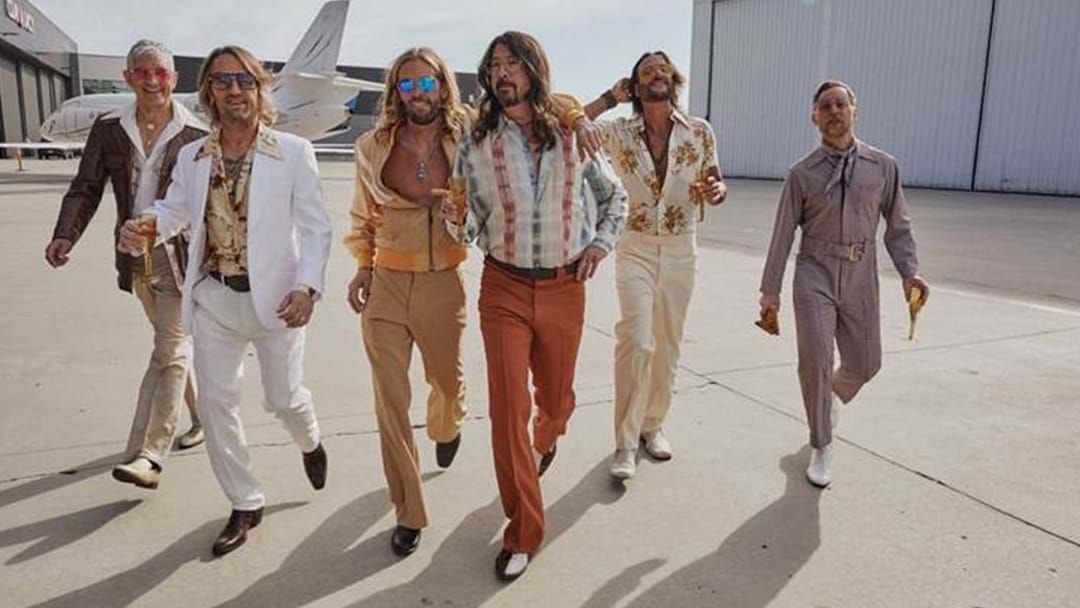 The Foo Fighters hilarious Bee Gees tribute band Dee Gees have released their debut performance of the disco classic 'You Should Be Dancing' recorded live at studio 606.

'You Should Be Dancing' is the first release from the limited edition, Record Store Day release from the Foo Fighters 'Hail Satin'. Side 1 is made up of Bee Gees covers, the flip side is live takes from their new album Medicine At Midnight.

In the first official video release around the project, you hear Dave Grohl hit notes higher than we've ever heard before. Backed by the Foo Fighters and the addition of three funky backing vocalists, this sounds like nothing we've ever heard the Fooies do before.

The full release is out this Saturday 17th July for Record Store Day 2021 #2.

More info, pre-order your copy and get your hands on their limited edition merchandise here