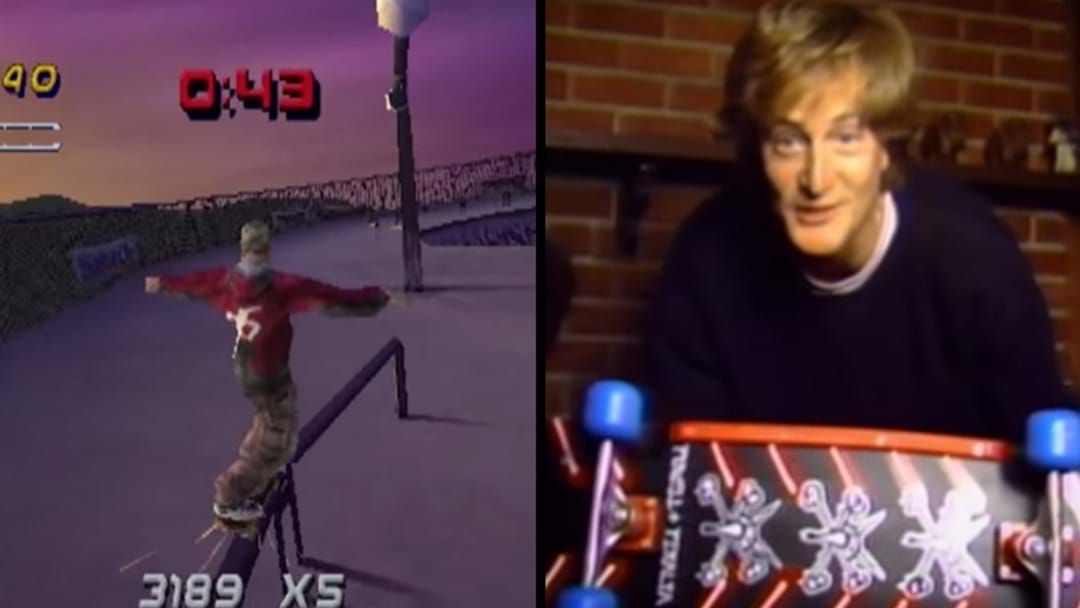 What a treat: Not only are we getting a remastered version of Tony Hawk's Pro Skater 1 + 2 in September, we're getting a whole documentary about the skateboarding video games themselves.

The trailer for Pretending I'm a Superman, which drops next month, gives a pretty incredible insight into what we can expect from the feature-length film.

Jam-packed with epic archival footage and with talking heads from some of skateboardings greatest pros - including Christian Hosoi, Steve Caballero, Chad Muska and Rodney Mullen - the doco will explore how Hawk's video games went on to influence the evolution of skateboarding.

"Kids were into it, you know, because their parents hated it," says Hawk in the trailer, until, in the 90s, skateboarding became an "Us vs. Them" mentality.

"I was a fading vert [vertical] skater, my income was getting cut in half every month, and so I started doing whatever I could," Hawk continues.

And then, "in the halls of Activision", came an idea to do a skateboarding video game.

"It was nuts what that game did, not just for skateboarding but for us as individuals," Mullen says.

Pretending I'm a Superman will be released on YouTube, iTunes and multiple other digital platforms on August 18.