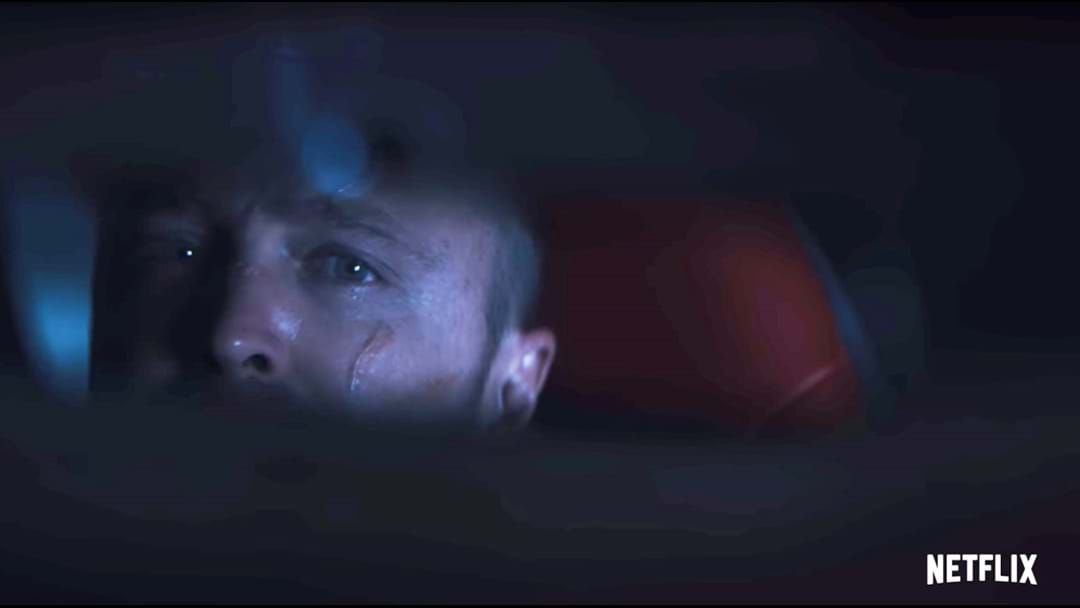 The Breaking Bad movie is very real - and it's wasting no time in dragging us straight back into the world of Walter White and Jesse Pinkman.

Netflix dropped their official teaser for El Camino: A Breaking Bad Movie during the Emmys, less than three weeks before it lands on the streaming site.

And it looks like the film is picking up exactly where Felina left off, as Pinkman (played by Aaron Paul) sits in a car in the desert, listening to a news bulletin reporting on the dramatic scenes he just escaped from.

"When Albuquerque police arrived, they discovered the bodies of nine male victims, many shot multiple times.

"Veteran police officers are calling the level of the carnage, quote, 'staggering'.

"Apparently a remote controlled machine gun was used in the killings.

"Investigators are looking for a person of interest who fled the scene..."

Cut to Pinkman, staring into the car's rear-view mirror and breathing heavily.

Well done, Vince Gilligan. You just sucked us right back in.

Watch the teaser trailer below:

El Camino: A Breaking Bad Movie is slated for an October 11 release.