StuffWATCH: Worker At Cannabis Dispensary Fought Of Armed Thieves With A Giant Bong

WATCH: Worker At Cannabis Dispensary Fought Of Armed Thieves With A Giant Bong 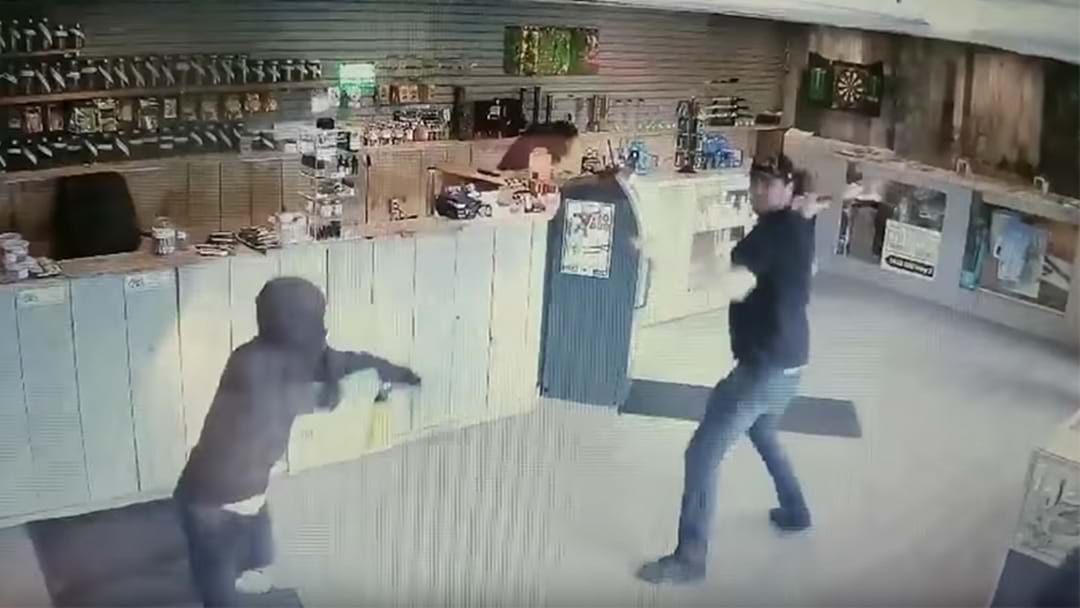 A worker at a cannabis dispensary in Canada has gone all 'John Wick' on three attempted armed robbers.

Police report the attempted robbery took place on September 6 at the Recreational Cannabis Farmers Market in Shannonville, about 200 kilometres outside Toronto.

The police report says three men armed with bear spray entered the property with the aim to hold the marijuana dispensary, only to be met with "great resistance".

In this case, "great resistance" means a pissed off worker armed with a giant bong.

Thankfully the whole thing was caught on CCTV and uploaded to Youtube by a user named Big Daddy Dishrags...

Looks like the would-be robbers plans went up in smoke.