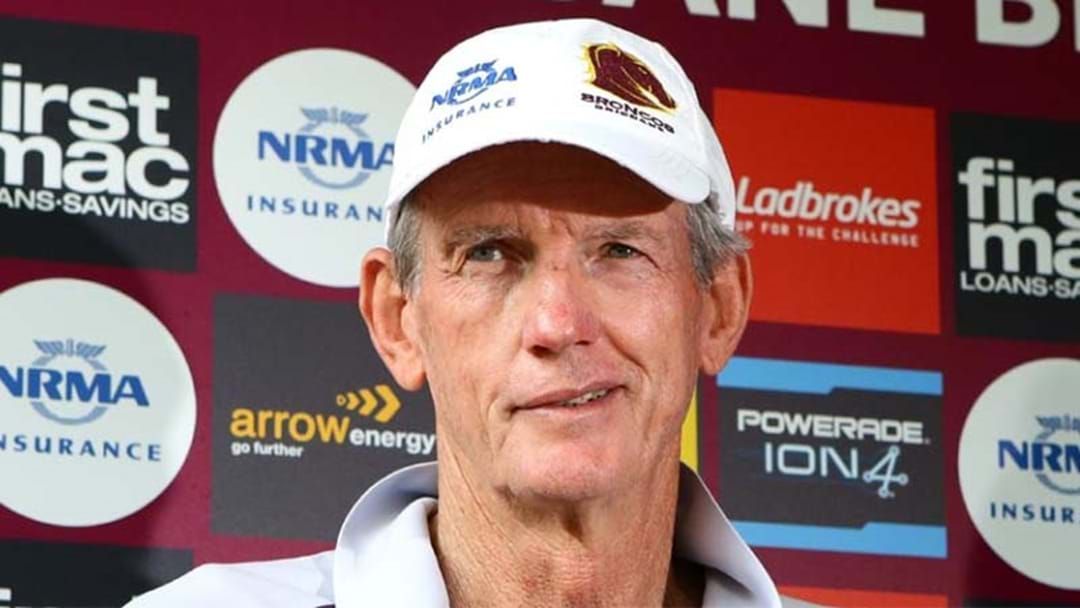 He'll coach the old enemy against Australia in this year's Rugby League World Cup, but Wayne Bennett won't offer the same help to NSW's State of Origin side.

The Blues could be looking for a new coach within weeks, if Laurie Daley decides to stand down following his fourth series loss in five years.

Bennett, who led Queensland in seven series, has also previously helped New Zealand claim the 2008 World Cup against the Kangaroos.

But the England coach won't entertain the treachery of trying to take down the Maroons Origin team.

"I've coached New Zealand, England, Queensland, Australia but not NSW," he said, when asked whether he would mentor the Blues.

One of the most successful coaches in the modern game, Bennett refused to be drawn in on solutions to the Blues' Origin woes until a call had been made on Daley's future.

No call will be made on the position until that point, however speculation is already rampant on who could be the Blues' 15th Origin coach.

Andrew Johns' cause was again trumpeted by his brother Matthew in his News Corp column on Friday.

The former NSW five-eighth pointed to his brother's "passion and tactical nous" as reasons why he had to have full control over the Blues' coaching staff.

Andrew Johns told AAP last month he wouldn't take on the full-time role given the emotional toll it would take on him, however he has since indicated that could change.

NSW City Origin coach Brad Fittler is considered the likely front-runner for the role, having also led the under-18s and under-16s squads this year.

The most-capped Blue in history, he was one of the leading contenders for the position when Daley was appointed in late-2012, and his involvement with NSW Rugby League has only increased since then.

Former Manly mentor Geoff Toovey could also be considered an outside chance, given his reputation as one of the Blues' toughest players and his four-year stint at the Sea Eagles.

NSW under-20s coach Danny Buderus and Cronulla mentor Shane Flanagan have both already ruled out their interest, keen to keep their current roles.