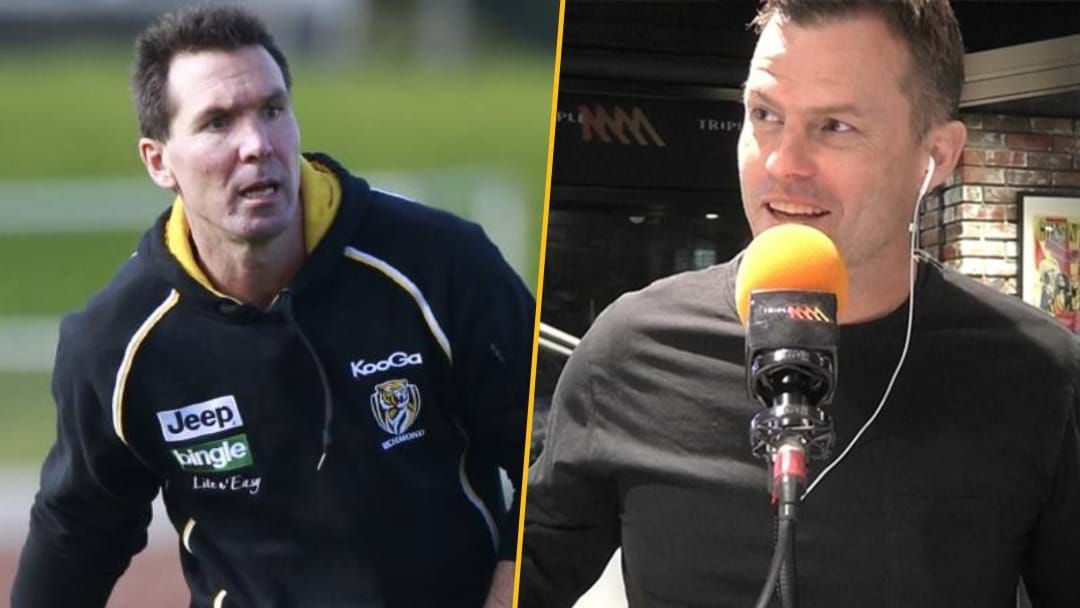 Wayne Campbell joined the Friday Huddle earlier tonight as our 'Cult Figure of the Week' and told a ripping yarn about Luke Darcy getting booted from his pub!

Campbell confirmed that the incident where Darc flicked a cigarette into the ear of the pub's co-owner and saw him cop a 'life ban' from the Swan Hotel.

He described it as a "one in a million" incident, but Darc was still sent packing!

Campbell did clarify that they didn't actually enforce the life ban, but Darc reckons he probably deserved one!

The former Richmond skipper had some cracking yarns including the very awkward night at Leon Cameron's engagement party & the embarrassing time he roller skated past the North Melbourne players at recovery!

It was a fantastic chat, catch it all here!

Catch the best bits from the Friday Huddle here: