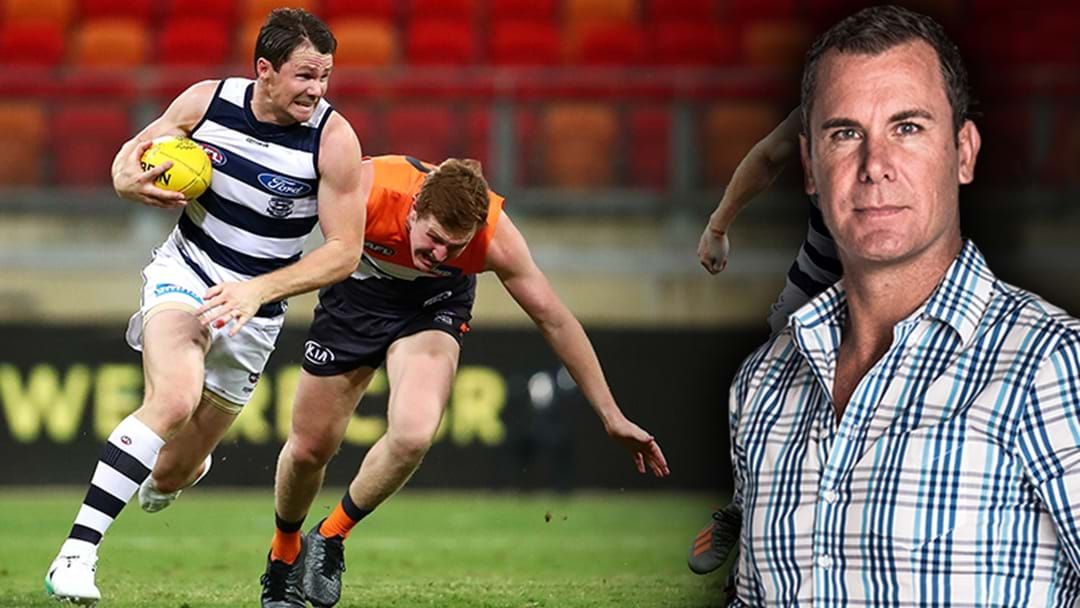 Wayne Carey has hit back at people who criticised the AFL playing group during the recent pay dispute with the league.

“So why the hell should ex-players and players just out of the game  — or for anyone else for that bloody matter — be barracking for players to lose more of their money?

“If they can negotiate the best bloody deal they can, well good on them.

“We don’t want them broke as well? Why are we barracking for that? Why are people saying their greedy, they’re this, they’re that?

“Of course you shouldn’t be barracking for that… I want everyone to be doing well.”

The AFLPA had battled with the AFL over a pay cut for the players, with both sides ending up settling on a 50% reduction until May 31st, then a 70% drop after that if the league doesn't restart then.

Duck linked the dispute back to his own playing days.

“The reason why, in the mid-90s, we went out and we got Andrew Demetriou back then to be the players association CEO was because we wanted to have a strong union,” he said.

“That union now is negotiating deals like it has with the last rights, and now negotiated a deal that they’re now going through this crisis with, and we should applaud it.”