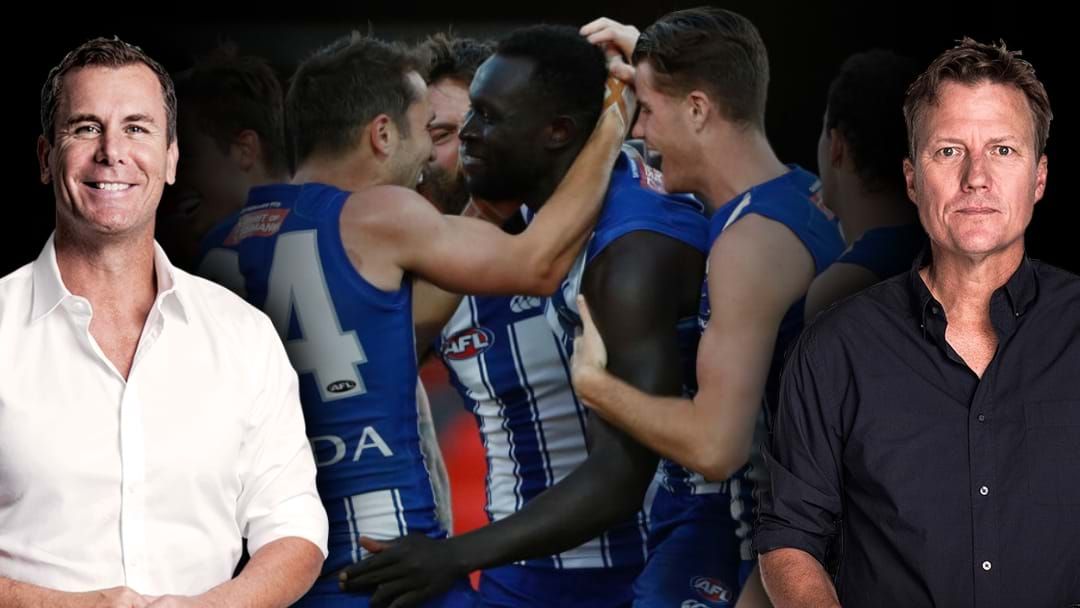 Both of them weren't overly surprised by the mass culling, saying that North Melbourne had been openly communicating that there would be big changes coming.

"North flagged this many people leaving a month ago, or six weeks ago," Brayshaw said.

Although they agreed that they would have both kept one player that was let go.

Duck said that without being privy to Majak Daw's physical condition, he would have kept him on as a intercepting defender.