From the Saturday Rub 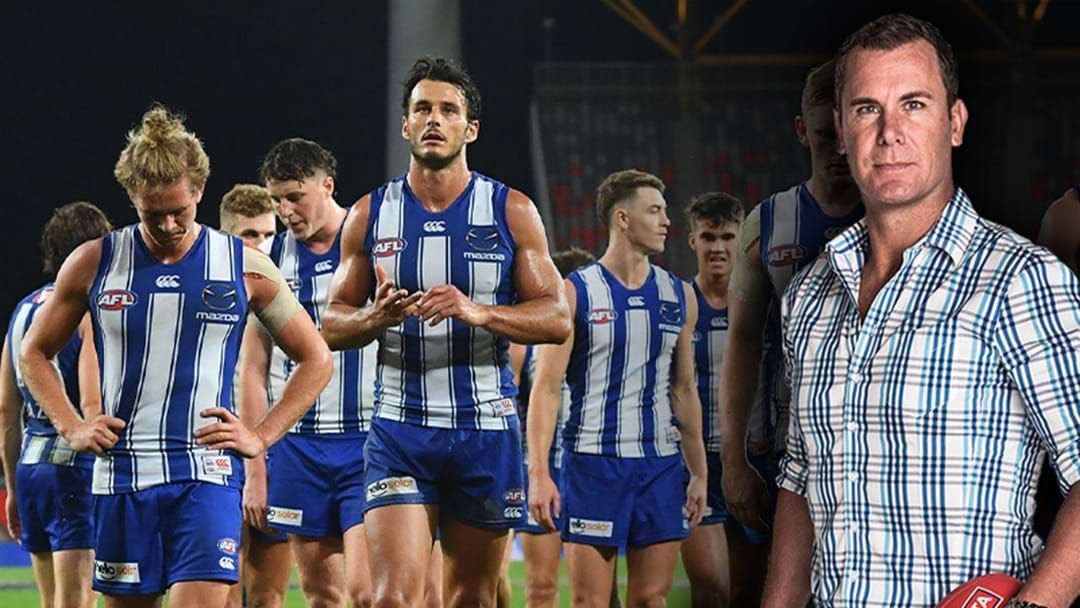 “What’s disappointing for me, being just an ex-North Melbourne player, is that who have we heard from?” Duck asked.

“We’ve had a statement from Ben Buckley yesterday that came out to tell us a little bit in and around what’s going on with the senior coach Rhyce Shaw, but who else have we heard from?

“This is the concerning thing for me….I really respect Ben Amarfio, he’s new in the job, obviously Brady Rawlings, new in the job, Scott Clayton, all of these people that we’re speaking about, I mean [Glenn] Archer’s a director that’s had a lot to do with putting Rhyce in the job and other key decisions.

“We haven’t heard from anyone. When things are going bad like they are for North… why haven’t we heard from any of these key people?

“Because we’re all sitting in the dark, and all that I am is like I said an ex-player that is interested in what is, and we don’t know anything.

“The place is an absolute shambles, and we’re hearing from no one.”