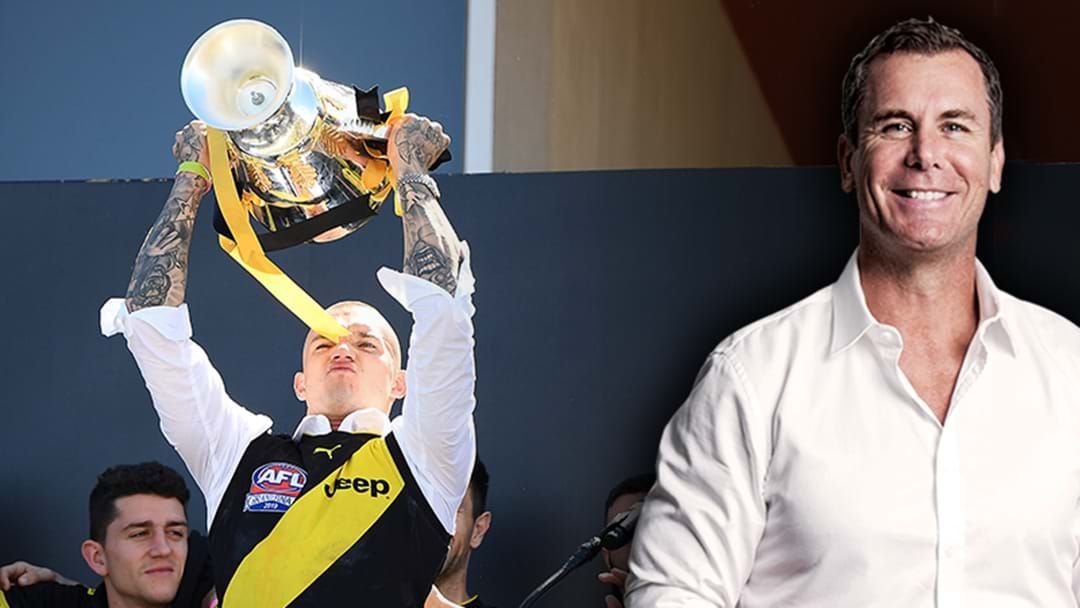 Triple M Footy’s Wayne Carey says that this year’s flag will “go down as the greatest premiership ever won”.

“I know that they’re coming into a time where they can all train together, which is obviously important, and whether that’s long enough we’ll find out,” Duck said on the Hot Breakfast.

“I think if you’ve trained really hard, and done the right things, then that will set you up for a good season.

“And unlike others, I tend to agree with Damien Hardwick, and I think some others have said it… don’t worry about an asterisk, I think there’ll be an asterisk and it will go down as the greatest premiership ever won.”

Duck also spoke about the season restarting, being snubbed as a Hall of Fame Legend, and home schooling in isolation.