Rock NewsWe Finally Know How Keith Richards "Stays In Shape" And Yep, It's Exactly What We Suspected

We Finally Know How Keith Richards "Stays In Shape" And Yep, It's Exactly What We Suspected

"None of this trotting around" 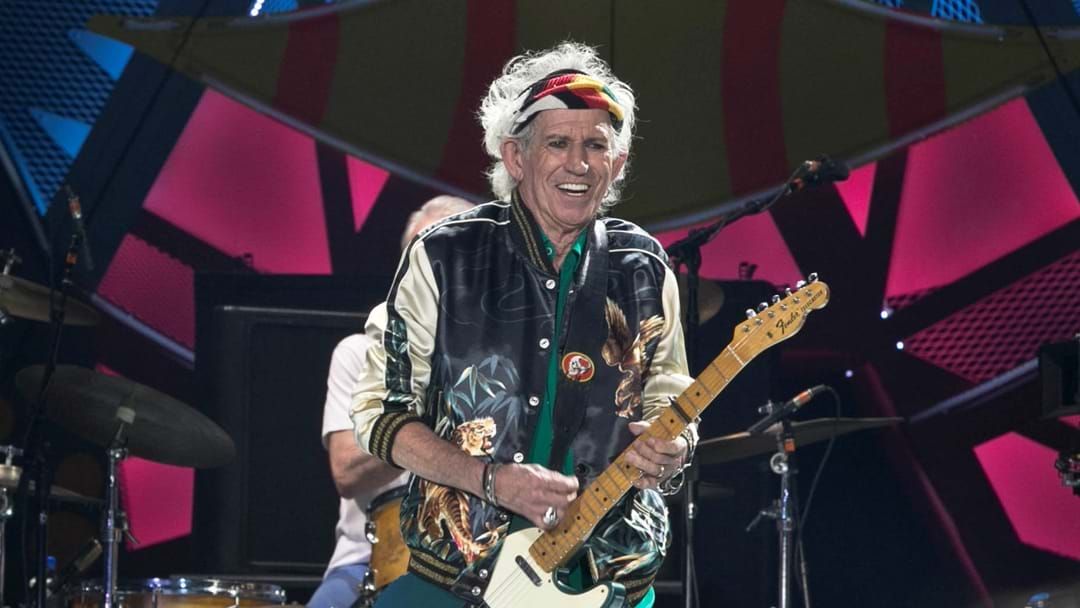 Keith Richards has 'fessed up about how he "stays in shape" and, honestly, we're not even remotely surprised.

The 75-year-old Rolling Stones guitarist sat down with MOJO Magazine for a new interview, which begins with Richards admitting that he started the year on a health kick.

As far as health kicks go, though, it's probably not going to be recommended by the World Health Organisation any time soon; while Richards has "knocked the hard stuff on the head", he's still drinking, smoking and, uh, not really exercising.

"I have a little wine with meals, and a Guinness or a beer or two, but otherwise... no," he said, explaining that his 75th birthday and 35th wedding anniversary had turned December into "one long party".

"It's just that it's not on the daily menu anymore."

The Gimme Shelter rocker also likened quitting cigarettes to quitting heroin, arguing that while the latter is "like hell", it's "a short hell".

"Cigarettes are just always there, and you've always done it," Richards continued. "I just pick 'em up and light 'em up without thinking about it.

"But lately, in fact - spread the news! - I've managed to cut it down by a substantial amount every day, and I'm still working on it."

Perhaps the greatest part of the interview, though, came when Richards was asked how he stays in shape, with his answer pretty much confirming that the man is living the dream.

"it's bad on the joints, especially on concrete.

"Oh, and when I go to the islands, I do quite a bit of swimming."