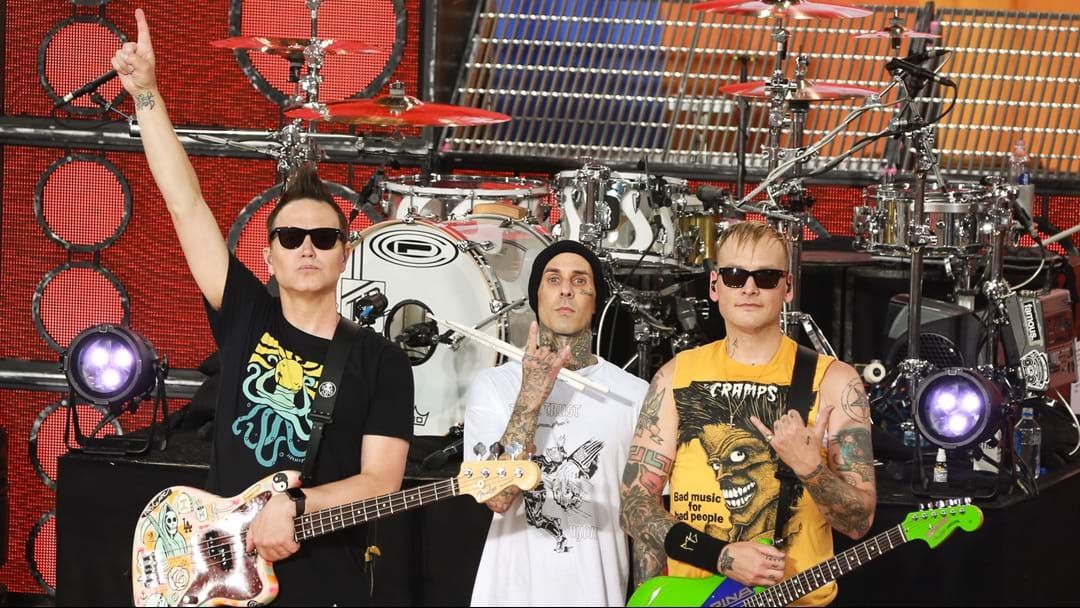 The rumours - and teasing - have been true: blink-182 have officially announced the name and track listing of their new album, set for release later this year.

"Nine", a 15-song offering, is the band's first full-length record since "California" three years ago, and will drop on September 20 with Columbia Records.

As well as previously released Happy Days, Blame It On My Youth and Generational Divide, the track listing includes titles like I Really Wish I Hated You and On Some Emo Shit.

A few months ago, Travis Barker revealed that the band were "about 70 per cent finished" with the album, which he reckons is quite similar to their 2003 self-titled project.

"I feel like this is the closest we've come to something like "Blink-182" since that album, which is one of my favourite Blink albums by far," he said in February.

Find out more in this week's Rock News: