We Reckon Dean Lewis Is Alright

Unfair criticism of his GF performance? 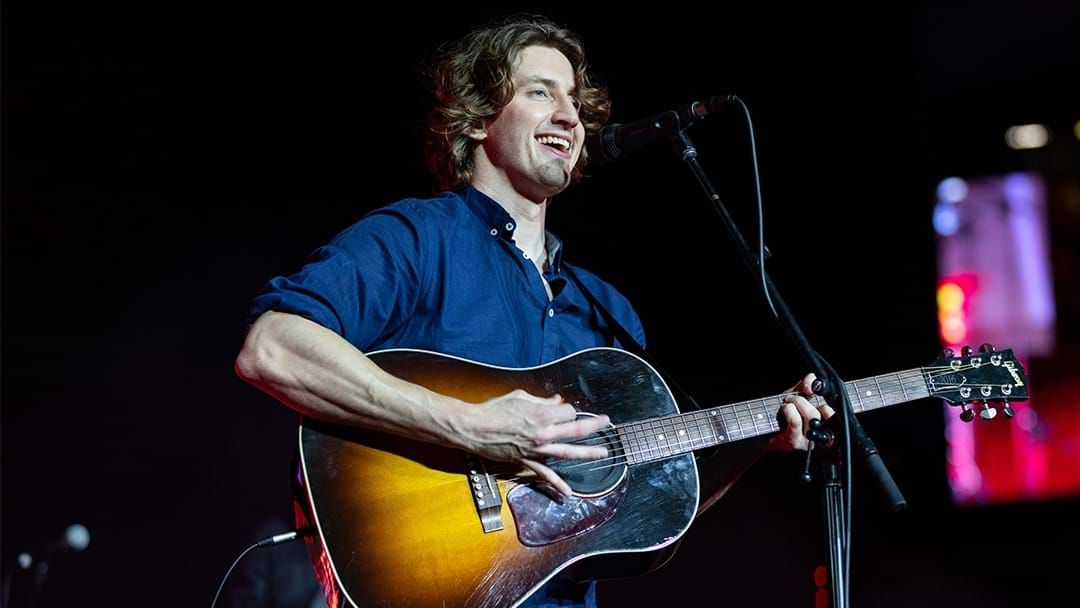 Dean Lewis was one of the Australian stars to grace the stage at the MCG before the first bounce on Saturday.

His performance however faced a bit of backlash from footy fans who said that the 31-year-old “killed the atmosphere” at the ‘G.

He performed his hit songs “Waves” and “Be Alright” for the 100,000 fans in the ground but some didn’t appreciate his ‘break up songs’.

Considering his success over the last two years Lewis will probably be taking the criticism in his stride. After releasing his debut single in 2016 his singles and albums have charted in ten countries, gone multi platinum in seven and won him an ARIA and two APRA awards.

His single “Be Alright” and album “A Place We Knew” even managed to chart in the Top 50 in the notoriously hard to crack US and UK charts.

Straight after his performance at the ‘G Lewis was up early to catch a plane to the USA to play his biggest shows in the states to date (continuing a run of over 200 sold out shows in the last 12 months).

While the crowd a the MCG may have not appreciated the performance, we reckon Dean Lewis is gonna be alright…