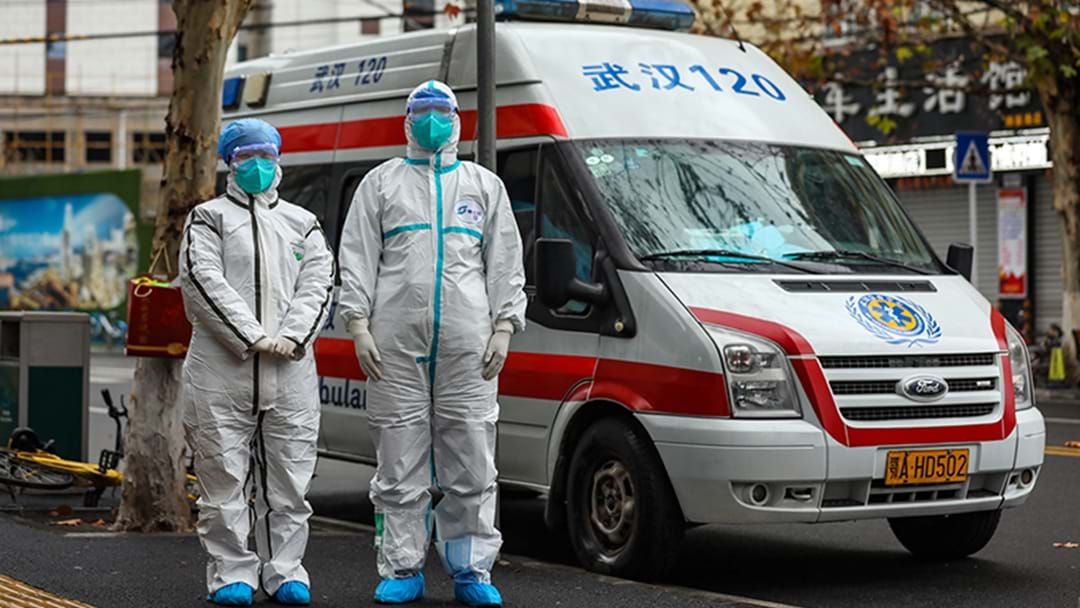 Roo & Ditts spoke exclusively to one of the people who is believed to have Coronavirus in South Australia this morning, describing his symptoms and how he’s being treated.

The man — who wanted to stay anonymous, and went by Mr. S — explained how he came to be diagnosed with the infection after his trip to Wuhan.

“I got tested on about the ninth of January, and at that stage the Coronavirus was probably not that well known in the media at that time,” he said.

“So when I went into my GP with flu like symptoms, raised heart rate, raised temperature, hot and cold sweats, sore throat, like, struggling to breathe… basically it felt like I’d been hit by a truck.

“I took all the newspaper articles that I had when I was in Wuhan, so he had a fair idea of what I was doing, got in there, had a chat to him, he took all the blood tests and then basically put masks on and took it fairly seriously.

“I think the next day he confirmed that I had Influenza A, at that stage my understanding was that they… didn’t have the genome sequence for the Coronoavirus, so as of that day I mean I think SA Health and the doctors did all they could do.”

Mr S said that he’d initially been given the all-clear but when people he'd been with in Wuhan were diagnosed with Coronavirus it gave him cause for concern.

“I think the day before I got out, the associate I’d been over in Wuhan doing business with rang me and said he’d just been diagnosed and he was in hospital.

“Then a day later, the older gentleman who’s a Chinese national out of Wuhan had been diagnosed and he was also in hospital.”

He said he’d been with one of the sufferers “24/7, breakfast, lunch, dinner”.

“There was plenty of news about what was going on in Wuhan, I think it was pretty local,” he said.

“The local media was saying it was not SARS, it wasn’t Influenza, it wasn’t bird’s flu and there was no sign of human to human contact… I don’t think they realised the severity of it.”

Mr S said he’ll get tested today to find out definitively whether or not he has the Coronavirus.

Roo and Ditts also spoke to a bloke who’s in lockdown in Wuhan while the city deals with the outbreak.