On Paddy & Rob Palmer for Breakfast 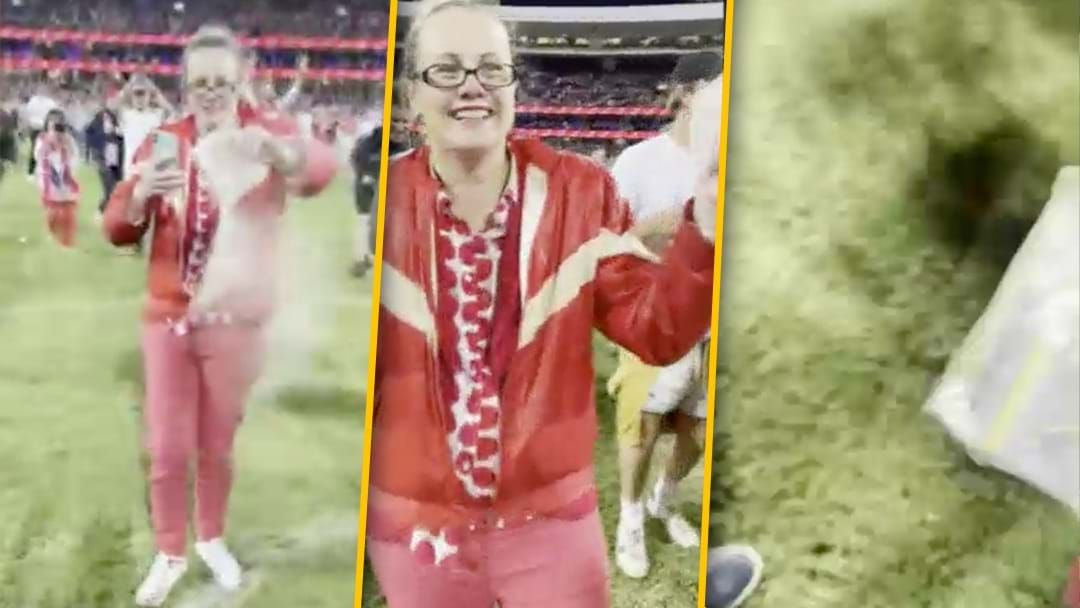 Among the crazy stories that emerged from the throng of people that hit the SCG turf after Buddy Franklin kicked his 1000th goal, siblings Joel Brown and Krystal Clayton scattering their Nan’s ashes in the centre square is one of the more remarkable.

The Gosford duo joined Paddy and Rob Palmer on the Central Coast yesterday to speak about the incident.

"We ran out with all the tens of thousands of people, against the grain though," Krystal said.

"We made a beeline for the centre bounce.

"So instead of Nan being able to do a coin toss like she always wanted to, we thought we’ll let Nan be a part of the SCG!"

Never miss anything in the footy world with the best of Triple M Footy playlist!

Krystal admitted she may have done things differently if she knew how viral the story would go.

"If I knew it was gonna go like this, I think I would have… not had a plastic bag, that’s what mum put it together in," she said.

"I might have [used an urn]… it was only like three teaspoons, there’s a whole heap of ashes there but that was just the tiniest bit.

"But yeah I would have made it probably look a bit better."

Paddy and Rob Palmer also spoke to the Swan’s ground announcer who admitted she kicked away a footy signed by Buddy.

Stream every game live with the LiSTNR app! Grab it on iTunes or Google Play now!