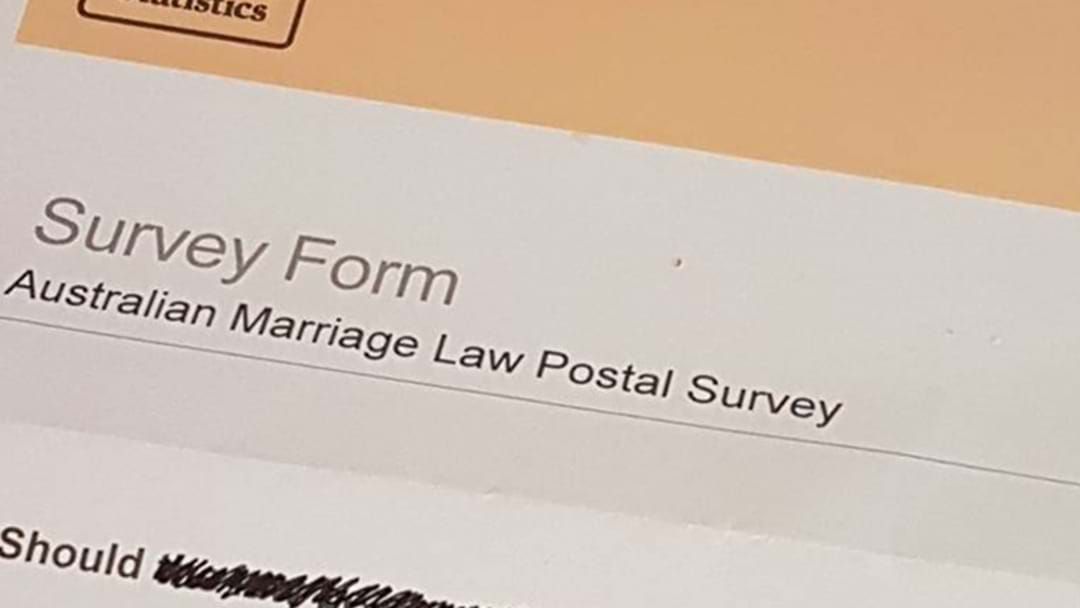 The Australian Bureau of Statistics will reportedly begin to publish nation-wide weekly estimates of same-sex marriage postal vote until surveys close on November 7.

ABS deputy statistician Johnathon Palmer told AAP regular updates on the survey could “encourage participation” for those sitting on the fence.

"These updates may encourage participation by those who have not yet responded and will inform reasonable public expectations about the likely final level of response," he said.

Estimates will be mainly determined by Australia Post, who’ll be measuring the number of containers of sorted envelopes, as opposed counting individual forms.

From here, the ABS will take a look at some other ways people have been responding, while accounting for invalid and damaged forms.