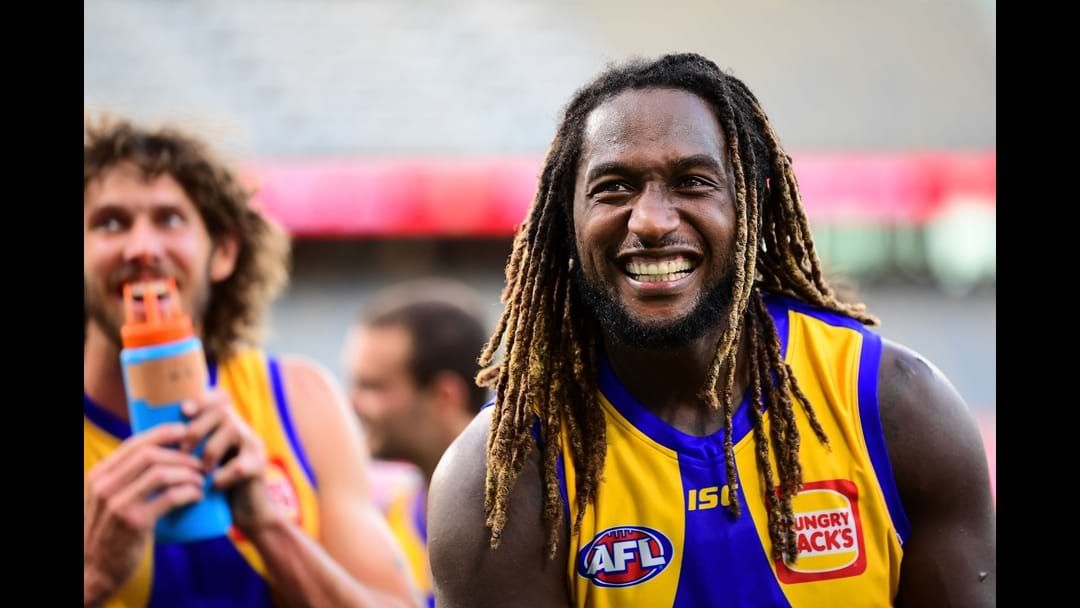 The West Coast Eagles are preparing for their move to the Gold Coast and have put in a request for a special exemption to allow players, staff and their families to go out to places such as the beach.

With the prospect of four weeks in a hotel, the team are worried about everybody being cooped up in one place, especially with children.

Nic Nat also talked about the club's first week in training. Apparently Shannon Hurn "went a bit turbo" on his team-mates as they got stuck into it.

Naitanui and the Eagles are currently being filmed by an Amazon documentary team who wanted to film him doing the interview, but he pretended to be somewhere else so they didn't film him!

Check out the rest of his chat here: