West Coast Has Released A New Official Club Song, Performed By Members Of Birds Of Tokyo 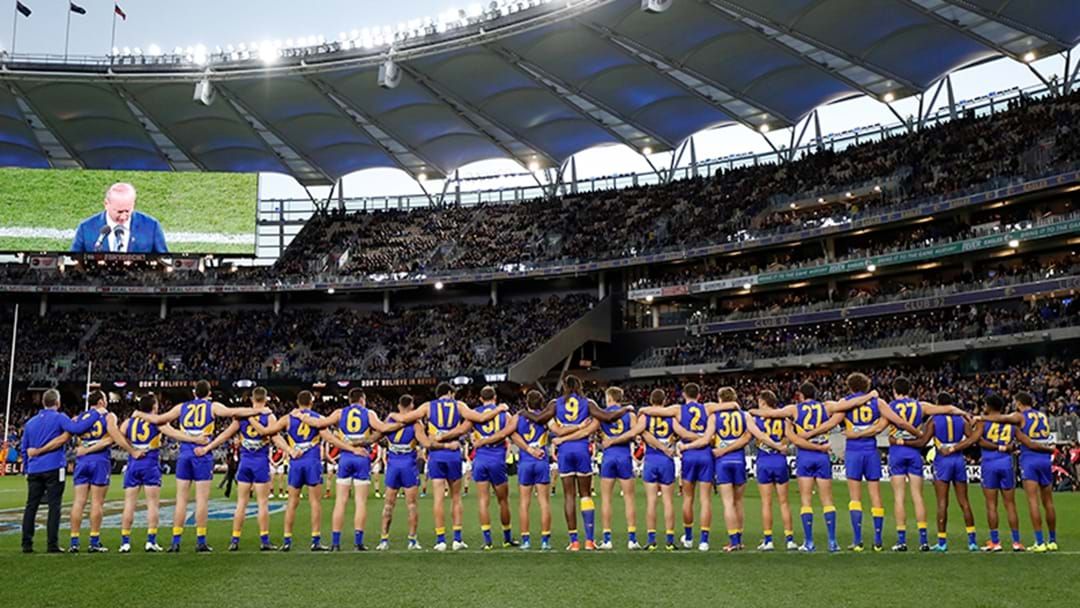 The club launched their new song on Wednesday morning, performed by Perth's own Ian Kenny and Ian Berney from Birds of Tokyo.

The song sticks with the chorus most fans will recognise, sticking with We're Flying High, but it now contains a couple of verses as well as a didgeridoo intro performed by indigenous musician Matthew Doyle, the first AFL song to contain it.

“The song has been with us for 33 years and there has been a couple of iterations, but it’s just the right time,” West Coast CEO Trevor Nisbett said.

“We’ve moved to a new stadium, we have moved to new premises and we just thought it was important to get the song looked at.

“The player feedback has been very strong to try something different. As much as it’s a bit of the same, it is a different feel and it’s quite creative and we’re really pleased with it.”

The Eagles have performed the first verse before, with the team singing it in the rooms after a win over GWS last year.

The club will play their song on every AFL and AFLW game day as they enter the club and after every win, starting with their first AFLW match this weekend.

Don’t ever miss a moment of The Rub and subscribe to the Catch Up podcast on the Triple M app! Download it on iTunes or Google Play.