How a mobile could’ve saved the day 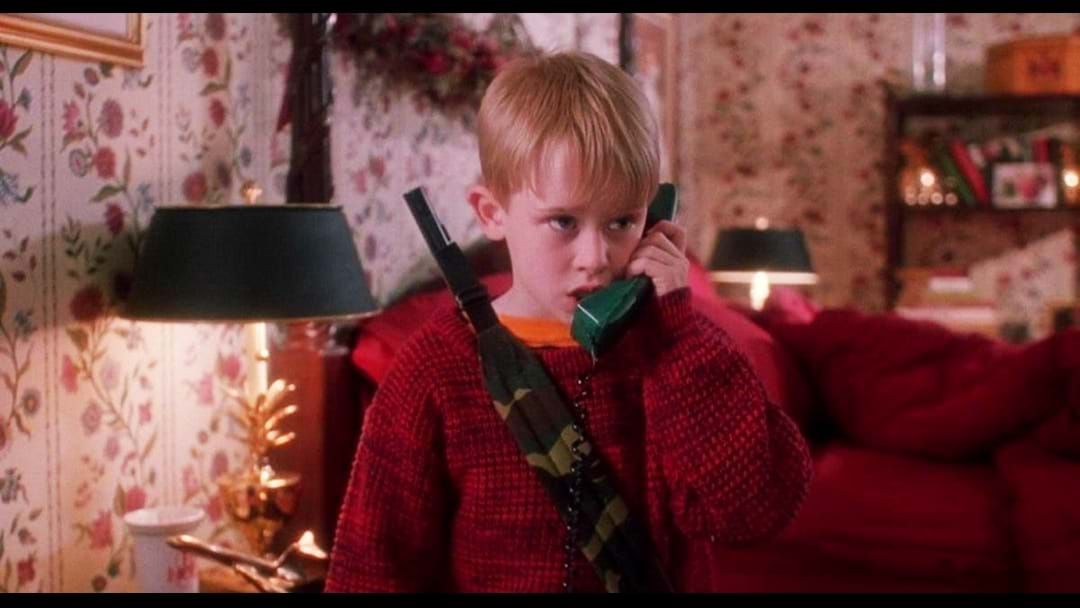 Ever had that moment when you’re watching the box, hand hovering over the Maltesers (or chips – we don’t want to assume), momentarily taken out of the magic by the simple question… why don’t they just make a call on their mobile? So many high-tension moments could so easily have been sorted!

It’s almost hard to remember, but there was a time before we carried a mobile with us everywhere we go. If there had been a reliable mobile lying around, these iconic moments suuuuure would have gone differently.

What really happened: Through a mad-cap series of events, actual-child Kevin McAllister is left high and dry whilst his entire family goes very far away. Hilarity and many examples of grievous bodily harm ensue.

What could have happened: Kevin could have shot off a quick text – “Mum, I am not in the vehicle. Come back and get me. Bring cheese pizza.”

What really happened: Ross and Rachel have a massive fight. Ross storms off, later calling Rachel from a pay phone (Google it, kids) and overhearing a background voice that makes him assume Rachel has moved on with another guy. He hangs up, and our gal Rach has no way of calling him back because he rang from a pay phone.

What could have happened: Rachel rings Ross back immediately, explains the whole situation (either to Ross or his voicemail, depends on his mood) and the mess would have been cleared up lickety-split. Then no antics with the copy girl would ensue, and certainly no need for the hair-splitting of whom was on a break from whom.

What really happened: Teenagers played by fully-grown adults are terrorised over the phone by a croaky-voiced serial killer, plucked off one by one until Julia from Party of Five ultimately survives the bloodbath.

What could have happened: Drew Barrymore would have seen the call come in on her mobile, most likely as an ‘unknown number’. She would have returned to making her popcorn and let the call go to voicemail. The creepy-killings ball would never have started rolling. Ain’t nobody got time for unknown numbers.

Now, it’s all well and good to say that mobiles would have saved each of the above days. But without proper coverage - Kevin, Rach and Julia would still have been in their sticky situations. What they for sure 100% needed was bangin’ network signal. Without that, their mobile is only good for how hard and far they can throw it. To them, we would recommend the Telstra GO Repeater. They amplify your device’s signal, whether in an iconic 90’s moment, or out the Back of Whoop Whoop.

The thing is, you don’t need Australia’s best network… until you do

Get the low down on Telstra’s brilliant coverage here , or download the My Telstra app here .

In association with Telstra