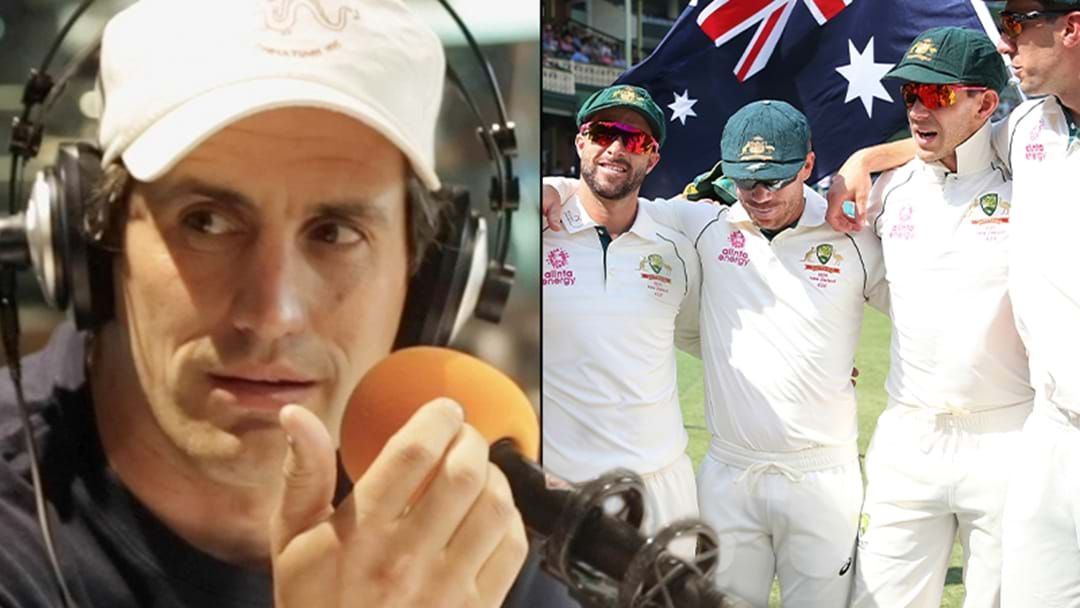 Andy Lee has run through when himself and Hamish Blake were called up by former Aussie cricket coach Darren Lehmann to tell the players a joke before the start of a game.

Joining Kennedy Molloy on Tuesday, Andy explained how he had the luxury of doing it twice - on Boxing Day and at the 2015 World Cup final - in a tradition Lehmann started for the players.

"It started the game," he explained.

"'Boof' brought it in...he wanted to get people a bit more relaxed and enjoying their cricket, and they thought the fun of saying a joke at the start of the match would ease the nervousness for the player.