Which Team Produced The Most Disappointing Finals Performance? 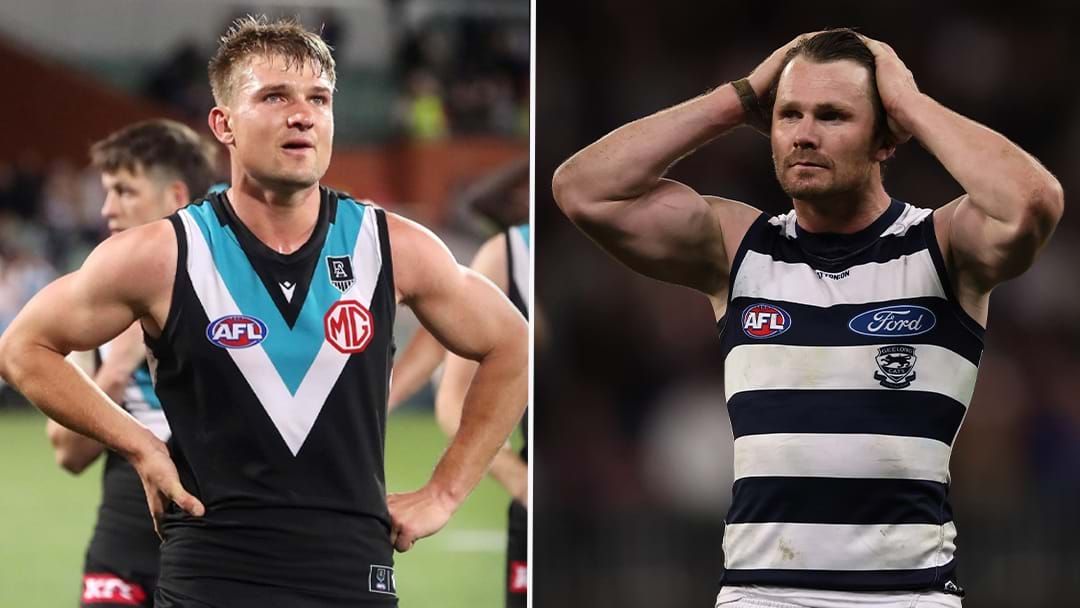 On the Midweek Rub, Leigh Montagna asked his fellow panelists, "who was the most disappointing team in this finals series?".

With poor performances produced by Port Adelaide (prelim), Geelong (prelim) and Brisbane (out in straights sets) the September finals had various losing margins across the board.

"I don't think Brisbane, because they just got beaten and probably should've won that game." Carey said.

Duck posed that both Port Adelaide and Geelong losing in straight sets was "terrible", however Port were perfectly placed to advance.

"They had everything their way, sleeping in their own beds .. and Geelong, well they didn't have those same liberties."

Catch up with the full episode of the Midweek Rub!