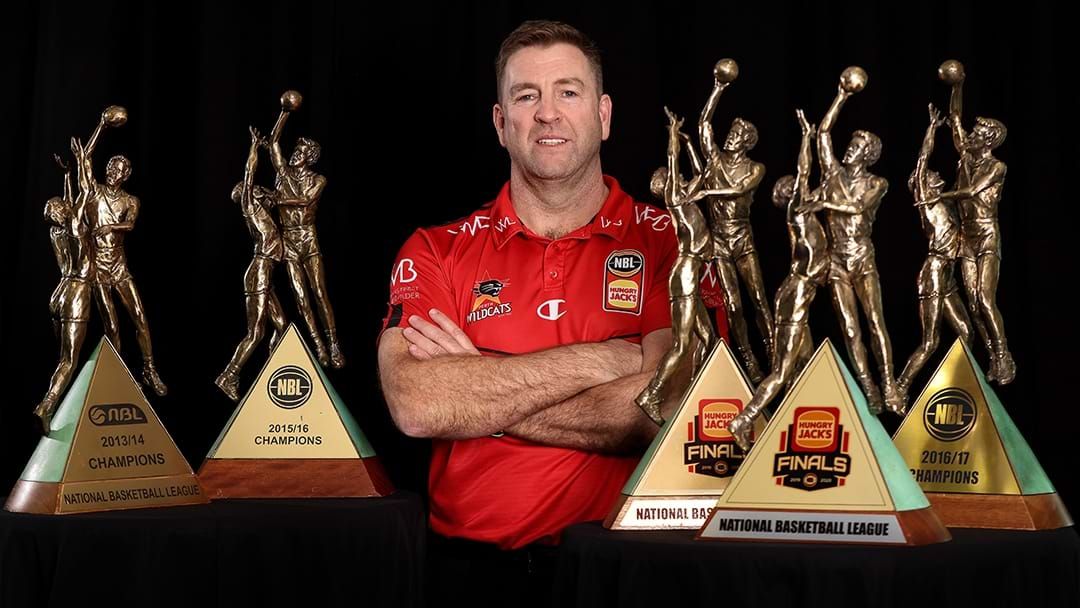 Five-time Championship-winning coach of the NBL, Trevor Gleeson has coached his final season with Perth Wildcats after securing a job overseas.

Gleeson requested a release from the final year of his Wildcats contract, as an opportunity to work with the Toronto Raptors beckons.

Leaving the club with an outstanding win-loss record to go with the packed trophy cabinet, Gleeson was recently announced as last seasons coach of the year.

"It's bittersweet, and it's been a whirlwind last 48 hours without a question," Gleeson said.

"When I briefly think back to when I first interviewed in 2013, they gave me an opportunity and really backed us all the way.

"I'd like to thank Jack [Bendat] and the board for making a good hire and keeping me around for eight years."

After five championships in eight years, the chance to work as an assistant coach in the most professional basketball league in the world is a testament to his hard work.

"I've had offers before, in Asia and Europe, to leave [for] better financial terms, and I've always turned it down because we love Perth and we love the Wildcats," he said.