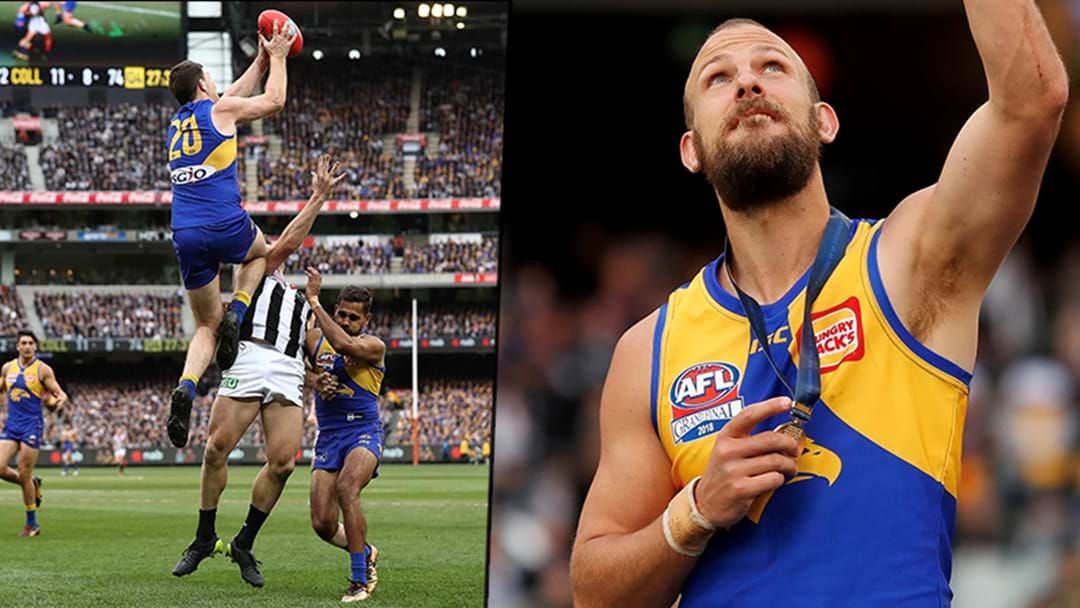 West Coast premiership player Will Schofield has opened up about his involvement in that famous grand final-winning play for the Eagles back in 2018 - and how it nearly backfired.

Schofield was manned up on Collingwood star Jordan De Goey for the day - receiving maximum best and fairest votes for his game - but nearly let it all slip late in the game.

He revealed what happened with just after two minutes remaining on Triple M's Rush Hour with JB & Billy, and how he unintentionally caused Jeremy McGovern to be where he was for his towering intercept mark that started it all.

“You are missing one person involved in that…that’s me, that’s Schofield," he laughed.

"Without that happening, it wouldn’t have been McGovern to Vardy to Ryan to Sheed!"

Billy laughed that there'd been no mention of his involvement.

"But I haven't seen that in the memorabilia!" Billy said.

"And I haven't seen it in my bank account!" he told them.