Far North QLD NewsWitnesses are being sought for a hit and run traffic crash in Smithfield.

Witnesses are being sought for a hit and run traffic crash in Smithfield. 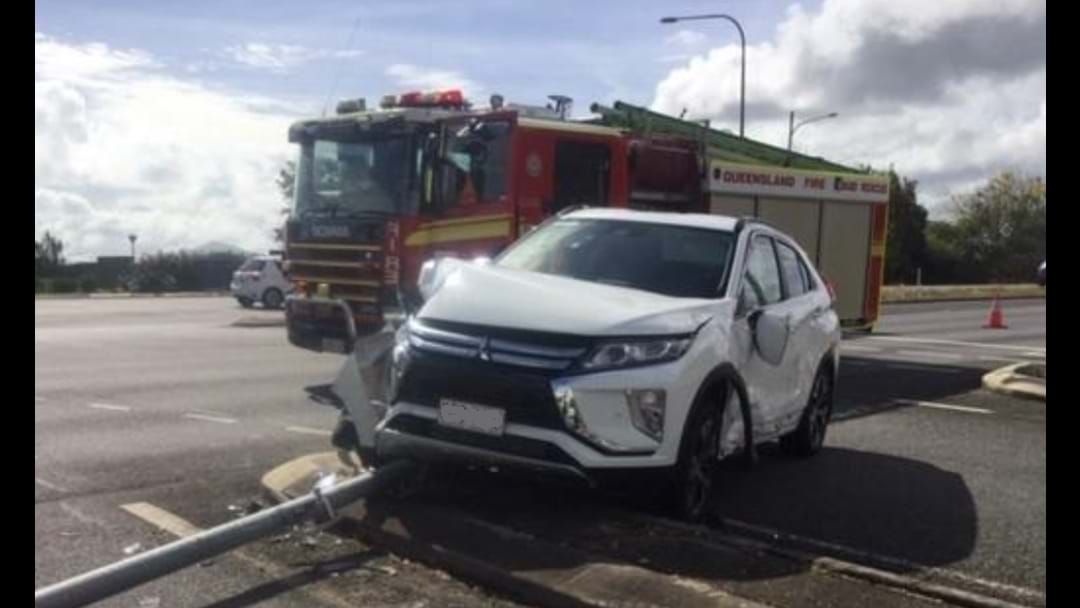 Police are on the hunt for a person involved in a three car traffic crash at the intersection of Captain Cook Highway and Stanton Road.

It happened around 8:30am yesterday morning (December 11) with a person fleeing on foot.

Initial investigations indicate that a northbound white Mitsubishi station wagon was stationary in a turning lane on the Captain Cook Highway when the driver attempted to turn left across both northbound lanes of the highway and onto Stanton Street.

The vehicle collided with a northbound grey Toyota hatchback. The Toyota then collided with a white Holden hatchback which was stopped at the traffic lights on the western side of Stanton Road.

The driver and passenger of the hired Mitsubishi station wagon abandoned the vehicle and fled the scene on foot.

A 30-year-old Townsville woman and a 63-year-old Brinsmead woman were treated at the scene for minor injuries. Traffic control lights at the intersection were also extensively damaged as a result of the incident

Police are seeking witnesses to the crash and are urging anyone who may have dashcam footage of the incident in particular, to contact police. Reference number QP1902466241 refers.

Missed Breakfast with Elliott Lovejoy? Catch up on some of his best bits here: