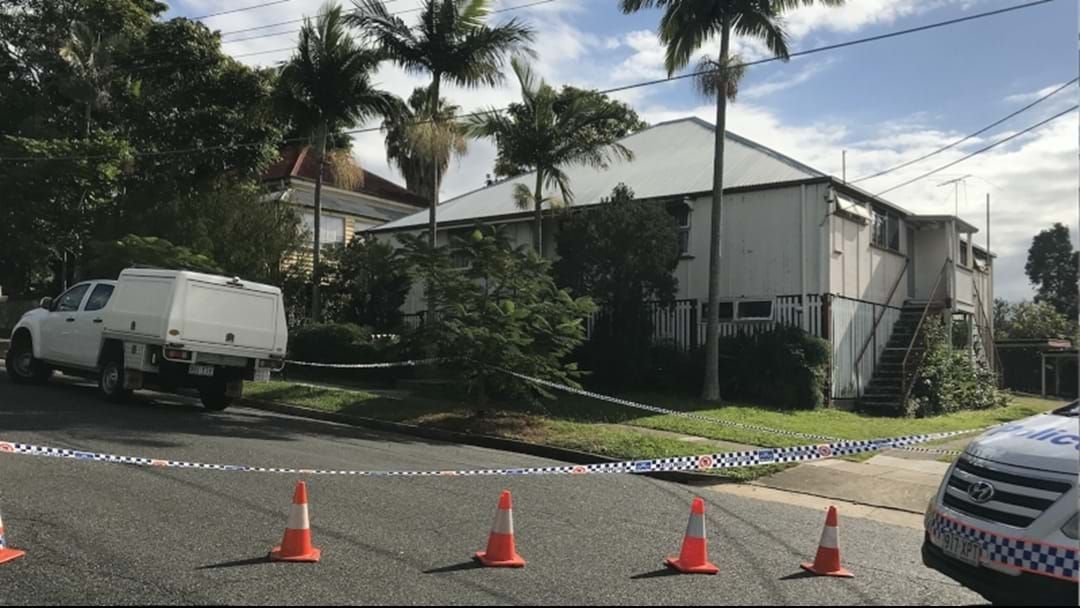 A woman has been charged with murder after a man was allegedly stabbed to death at a property where they both lived in Brisbane's inner south.

Police found the man with chest injuries on a footpath outside his home in Annerley about midnight on Tuesday.

The woman, 24, had alerted police.

Despite efforts from paramedics, the man died from injuries described by police as catastrophic.

Detective Inspector Mark Thompson said the pair were known to each other, and no one else lived at the home.

Police appealed to anyone who might have seen either of the pair walking along the busy Ipswich Rd from 6pm on Tuesday.

Det Insp Thomson said police have conducted an extensive search around the area.

The woman is expected to face Brisbane Magistrates Court on Wednesday afternoon.