The 62 year-old is in stable condition 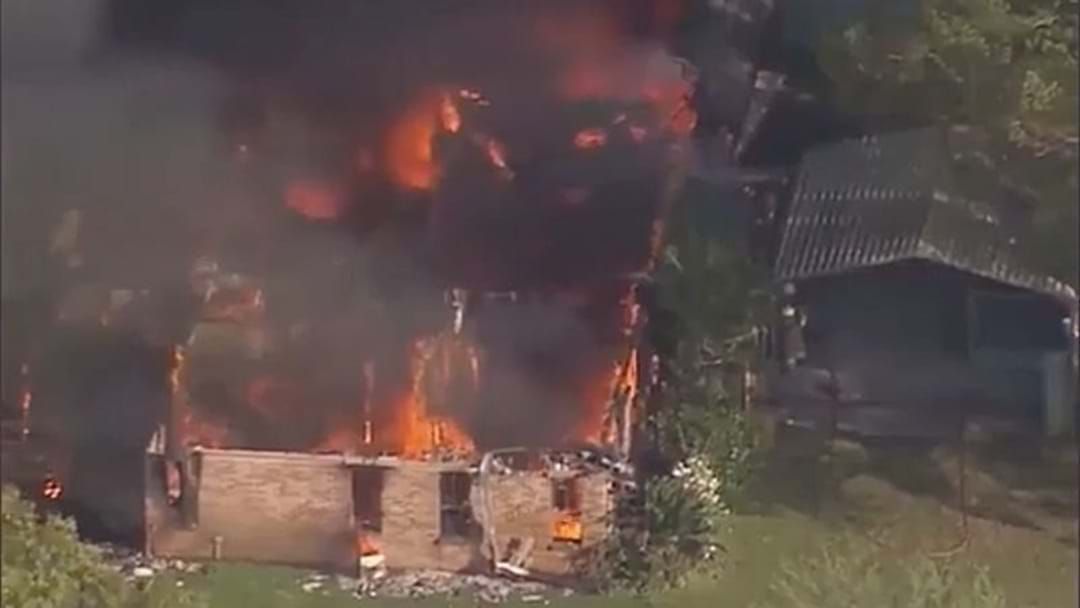 A woman has been hospitalised after being dragged from her burning home on the Gold Coast today.

According to neighbours, a large explosion erupted from the Currumbin Valley home at around 7:30AM this morning.

The 60-year-old was among four other people rescued from the blaze this morning with neighbours being praised for their quick action.

According to QFES Burleigh Station Manager Karl Slade, neighbours were alerted to the fire by growing flames and a loud explosion.

“One of the neighbours said he had heard an explosion or bang and then saw flames and fire. He ran over to her property, managed to gain entry or bust a door down and drag her out,” he said.

“She was near the door and she was burnt.”

Neighbours quickly rushed to the aid of the people inside, dragging the 62-year-old woman from the flames.

The woman was attended to by emergency services for burns to her arms, chest and face.

She was then taken to Royal Brisbane Women’s Hospital where she is receiving further treatment and is believed to be in stable condition.

Authorities are still investigating the cause of the incident, with the woman in her 60’s telling ambulance staff that she was cooking food when the blaze started.

It took fire crew close to 90 minutes to extinguish the flames, with the house and its contents completely destroyed in the process.