This August In Melbourne & Sydney 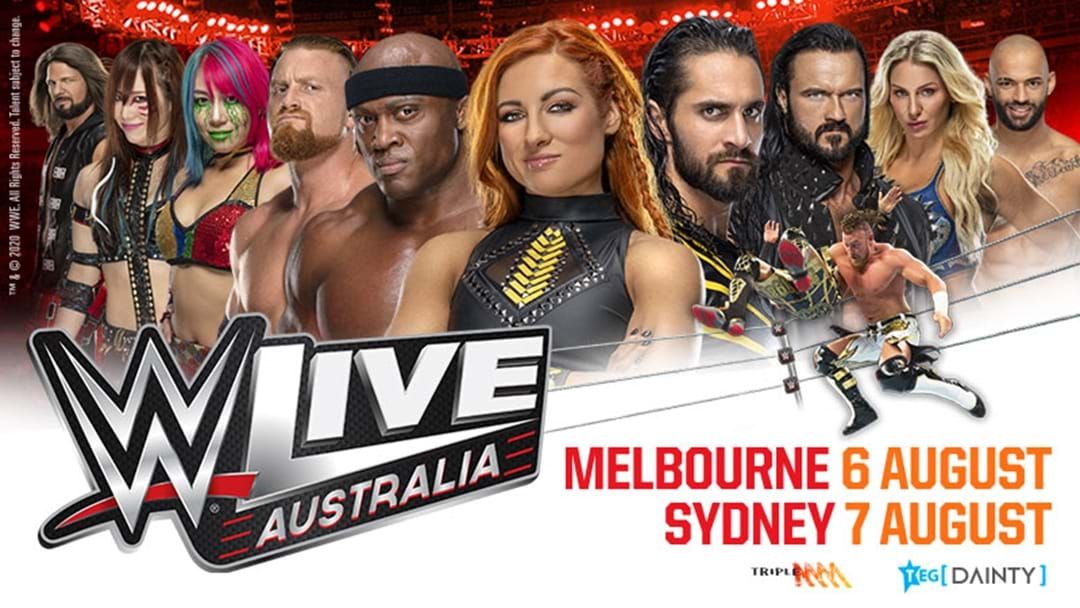 WWE Live returns to Australia this August when WWE and TEG Dainty bring events to Melbourne and Sydney.

This year, WWE is celebrating 35 years of live event tours in Australia having debuted in Melbourne and Sydney in November 1985. This included 2 historic sold out Pay Per View events; the very first, Global Warning at Colonial Stadium in 2002 and WWE Super Show-Down in 2018 at the iconic MCG.

The events will take place on Thursday August 6 at Rod Laver Arena, Melbourne, and on Friday August 7 at Qudos Bank Arena, Sydney.

Tickets for WWE Live events in Melbourne and Sydney can be purchased from 10am Thursday 5 March at www.ticketek.com.au. A Telstra Plus member presale starts 10am Thursday 27 February.

Catch up with the latest in the world of wrestling with Triple M's Top Rope: