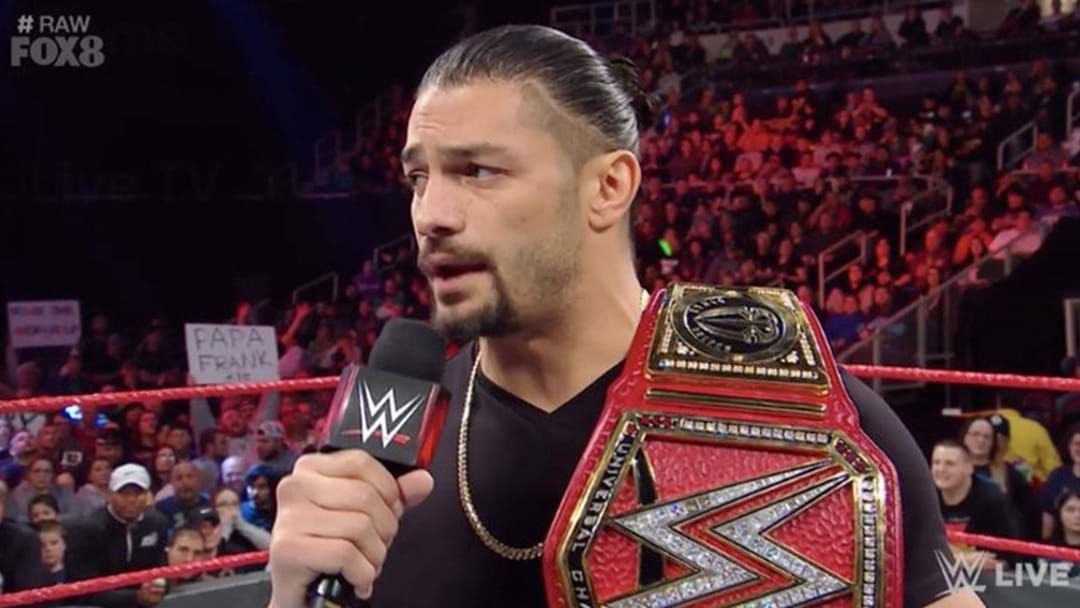 WWE superstar Roman Reigns has revealed he is battling leukemia.

Reigns told the crowd on WWE Raw on Monday night that he had been battling leukemia for 11 years, and that unfortunately it had returned.

The 33-year-old will take time off to treat the disease, which has been in remission.

Reigns, the WWE Universal Championship, immediately relinquished his title, leaving it in the middle of the ring.

"I've been living with leukemia for 11 years," he told the crowd.

"Unfortunately, it's back. And because the leukaemia's back I cannot fulfil my role, I can't be that fighting champion, and unfortunately I'm going to have to relinquish the Universal Championship."

“Tonight on Monday Night Raw, Roman Reigns (aka Joe Anoa’i) announced that he is relinquishing the WWE Universal Championship and taking a leave of absence from WWE as he once again fights leukaemia, which had been in remission since late 2008,” they wrote.

“Reigns is taking his battle with leukaemia public in an effort to raise awareness and funds for research in order to advance cures for the disease.”