Xavier Ellis: West Coast Should Pull The Pin On This Season

Xavier Ellis: West Coast Should Pull The Pin On This Season 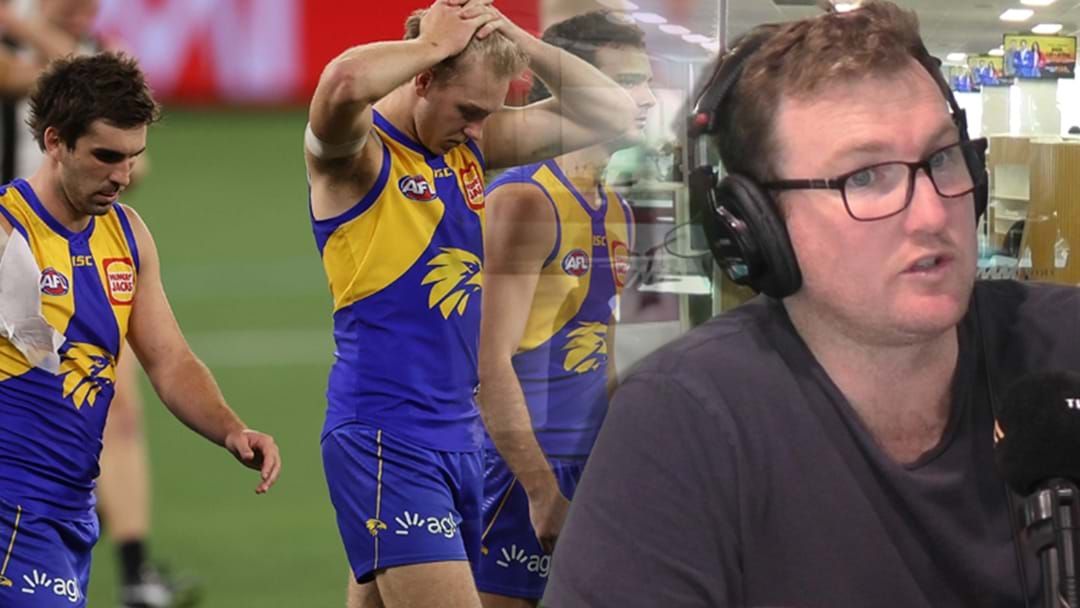 In the wake of last nights such loss to North Melbourne, former West Coast Eagle Xavier Ellis has told the Rush Hour with Lachy and Embers that based on last night's performance, West Coast should park the season and look to next year.

In a frank chat, Ellis suggests that the Eagles haven't shown enough in the past few games to be a serious contender this year.

"West Coast are better to pull the pin on the season,

"Bring in young kids, get experience,

"You've got six or seven games left... get the kids in and then reload the gun"