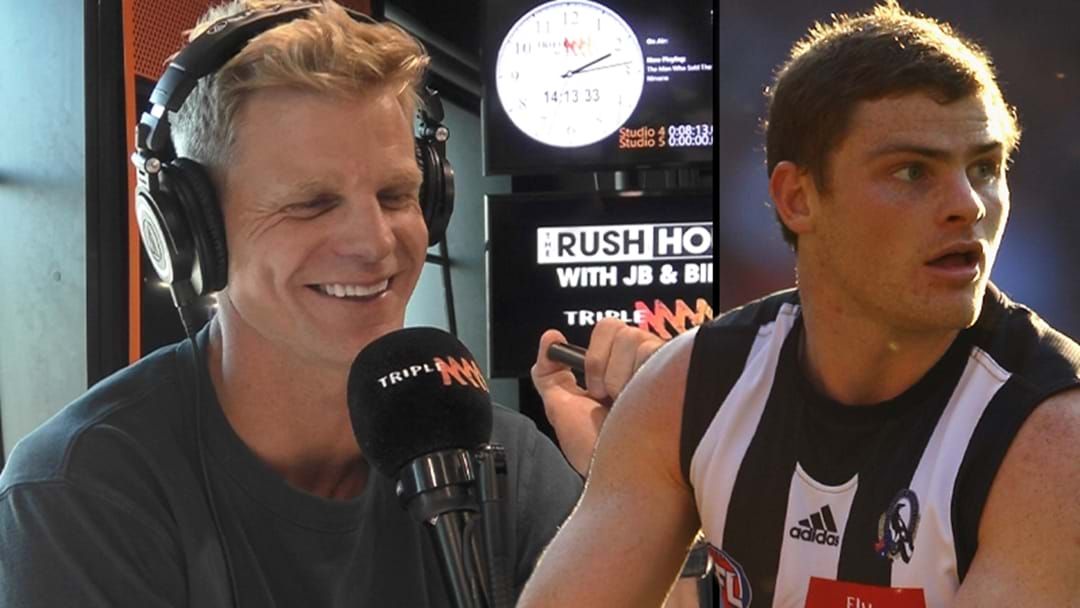 Former GWS and Collingwood star Heath Shaw joined Triple M's Rush Hour on the line to chat all things retirement, and all things SuperCoach as the competition's new ambassador.

But, with Triple M's Nick Riewoldt co-hosting the show this week, Billy Brownless only wanted to get to one topic.

Shaw's smother on Riewoldt in the 2010 grand final replay between the Saints and Pies.

"You're trying to set this up for the smother, aren't you?" Roo asked Billy.

Shaw had a good laugh about the fact Riewoldt completely ran his opponent Nathan Brown off the ground.

"I was sitting back in the defensive 50 like I usually do, playing on nobody!" Shaw laughed.

Tune in to Triple M’s Rush Hour with JB and Billy every weekday from 6pm on 105.1 FM, or grab the show podcast every day from 3pm on the Triple M App! Download it on iTunes or Google Play.