On The Rush Hour with MG and Liam 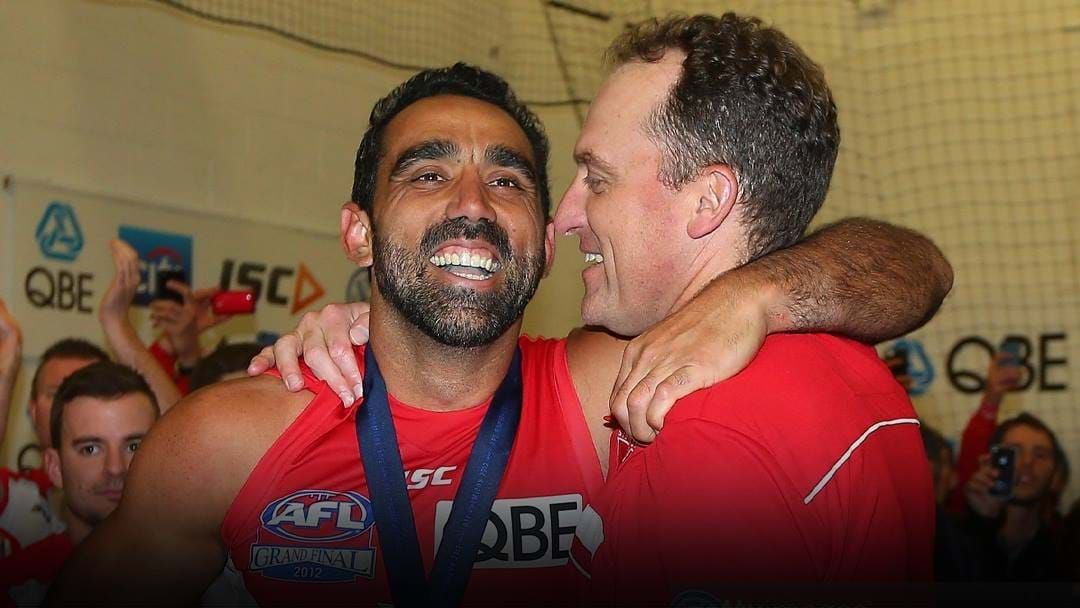 The 372-game superstar turned down the league's offer on Tuesday, given he has distanced himself from the industry after a poorly-managed situation where racial vilification from fans pushed Goodes towards retirement.

Longmire explained that it's not his position to comment on the decision, and that Goodes has every right to act on his terms after what he provided to the game.

"He's got other focusses in life."

LISTEN TO THE FULL CHAT ON THE RUSH HOUR WITH MG & LIAM:

Goodes, a legend of the game, finished his career as a dual Brownlow medalist, dual premiership hero, to go with three club best and fairest awards and four All-Australian selections.

Rush Hour co-host Liam Flanagan added that the Sydney champion's decision was made in hope of not overshadowing the other inductees, saying it's "the mark of the man".

Don't miss a minute of The Rush Hour with MG; listen live from 6pm weeknights on 104.9 Triple M or download the Triple M app to Catch-Up now. Available on LiSTNR